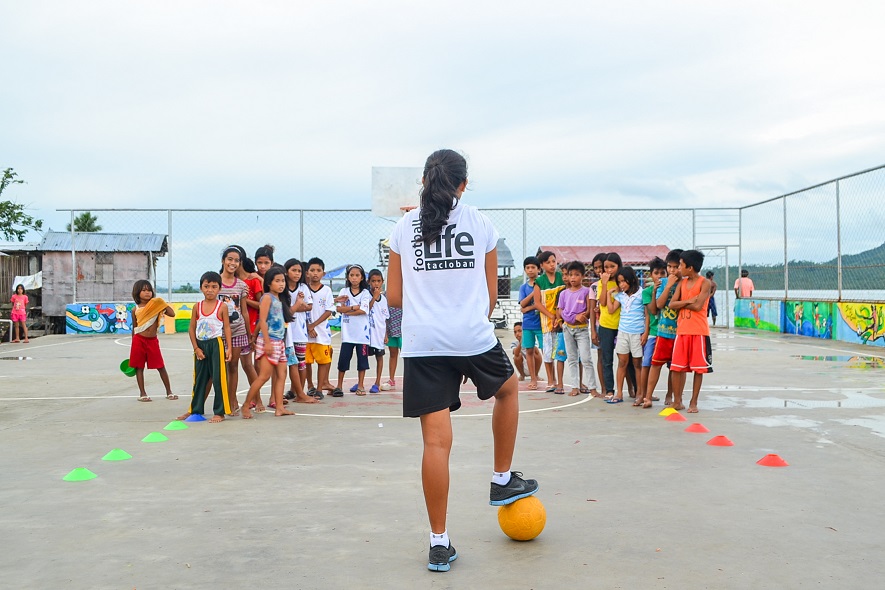 The FundLife Dream Academy aims to support highly vulnerable youth living in Cebu City, Philippines. One in four children in Cebu are trapped in poverty with little chance of climbing up the social ladder. Education is one of the most important bridges to a better life.

Children in Cebu often have no access to proper education or they opt to drop out. Access to education is further exacerbated by frequent natural disasters and, recently, the COVID-19 pandemic. More girls than boys are out of school at a ratio of 2:1. Girls mainly drop out for family reasons, including early marriage and being isolated by domestic roles; boys tend to drop out due to a lack of personal interest, a need to financially support their families, and an inability to understand the relevance of education to their future.

From socio-economic growth to improved political representation, the evidence of the benefits of educating and empowering girls is clear. According to UNICEF, educating girls saves millions of lives, as they are more likely to value education and invest in the next generation. When girls and women are able to make informed choices – impacting a range of issues from child malnutrition and mortality to better democratic processes – the overall social and emotional well-being of society is improved.

FundLife’s mission is to give every child equal opportunity in football and in life. The FundLife Dream Academy (FDA) expands the successful flagship Football for Life Champions Academy project to a new location, the highly urbanised and impoverished city of Cebu. The FDA protects, educates and provides opportunities to vulnerable children via a holistic sport-for-youth empowerment approach. Its child education programme combines engagement through football, access to digital learning and a community-run safe space (including a futsal court) in which the children can develop and acquire the tools they need for a better future.

FROM TACLOBAN TO MOSCOW 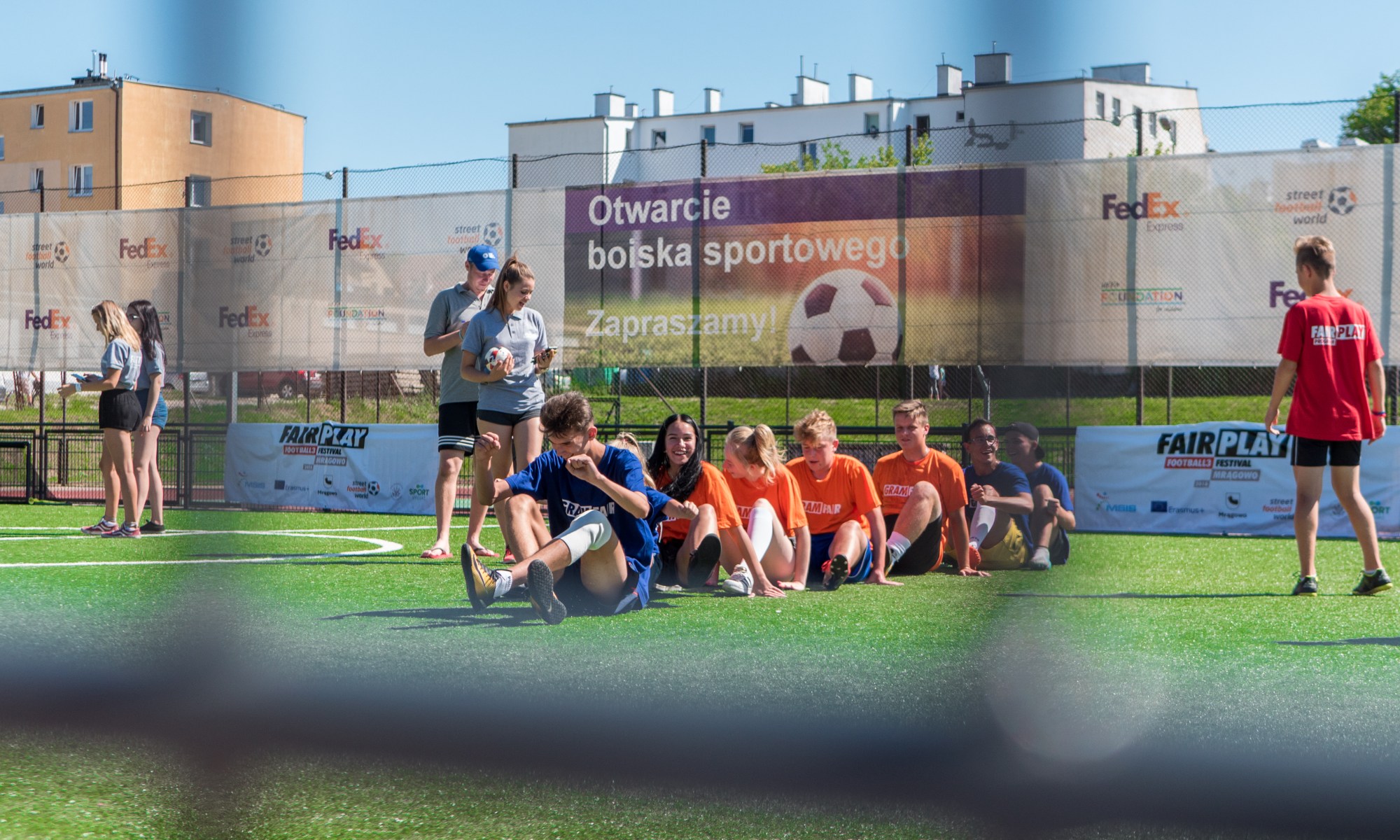 Two of the biggest problems facing sports in Poland, especially youth football, are inequality and the exclusion of girls and women. Poland has 1,125,159 registered football players and only 40,695 of them are female. In fact, only 3% of players and coaches are female. Another problem is that sustainable development is not an important topic in Polish society and the UN Sustainable Development Goals (SDGs) are virtually unknown. Remedying these problems begins in schools where:

The aim of the project is to empower girls and women in football in Poland, especially at grassroots level, through football3 and cooperation with schools. The project will stress that football is a game for everyone by encouraging boys and girls to play together. Playing football3 teaches the fundamental values of equality, respect and cooperation.

Over the past 20 years, Sport dans la Ville has enabled more than 3,000 children and teenagers to go on holiday. Their holiday experiences help them to mature and have a huge impact on their life trajectories.

To make it possible for even more children and teens to enjoy a holiday, Sport dans la Ville is creating its own holiday and vocational training centre in Poët-Laval, Drôme. Every year, the centre will accommodate 800 nine- to eighteen-year-olds from disadvantaged areas.

During their stay, the children will have opportunities for personal growth, creativity, discovery and sports. The centre’s group activities will promote mutual respect, solidarity, daily commitment and team work. The children will leave with happy memories and motivation to strive to achieve new goals.

Sport dans la Ville plans to create a holiday and training centre set within 22 hectares of stunning natural scenery where young people registered with the association can stay during their summer holidays. The centre will provide sports and leisure activities that will encourage their personal growth. The oldest children will also receive vocational training in activity leading, hospitality and catering.

Providing sports, arts and outdoor activities at the holiday camp: 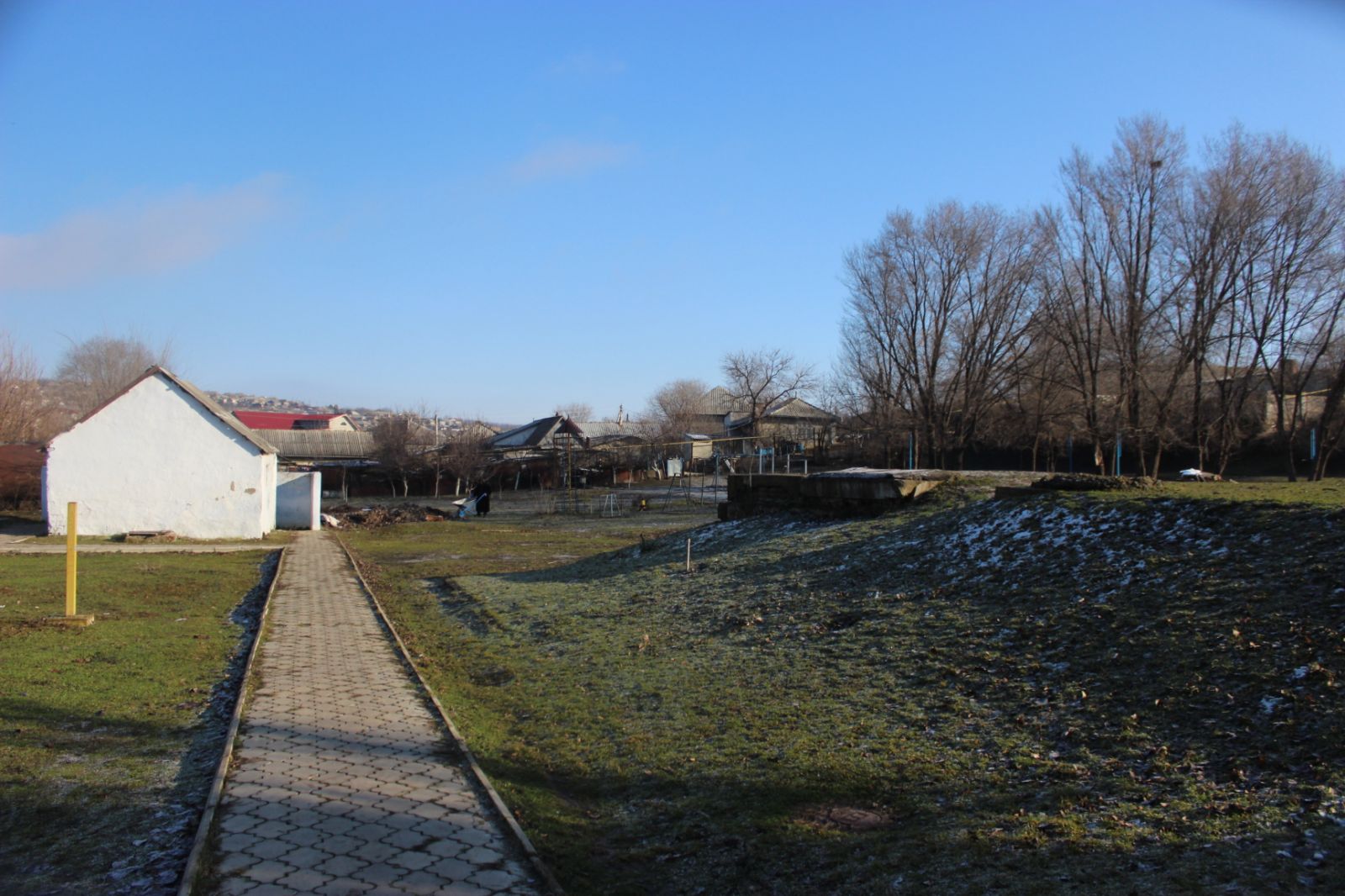 The target area in Chadyr-Lunga has a population of 4,000 (a quarter of the town’s population), but no modern sports facilities. The existing facilities are run down and the only large open space is the sports ground in the school yard that was created in 1985. The secondary school (Lyceum N2) has pupils with special educational needs and some of the pupils are orphans.

This project will create a football field at the Lyceum N2. In a survey, the local community, represented by parents, pupils and local residents, determined that the development of football facilities was a priority need to create a healthy next generation.

The main objective is to provide young people with an alternative to computer games, television, alcohol and tobacco abuse and unhealthy relationships. The project hopes to help the young generation to maintain a healthy lifestyle. 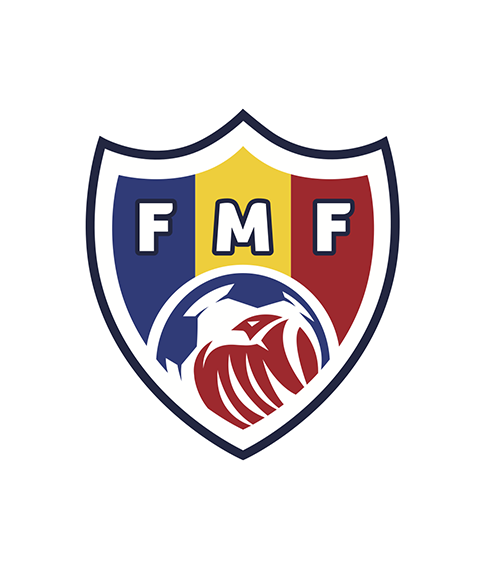 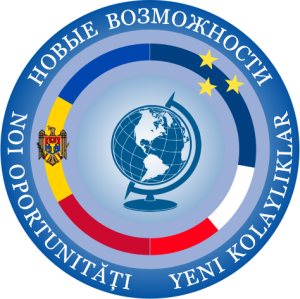 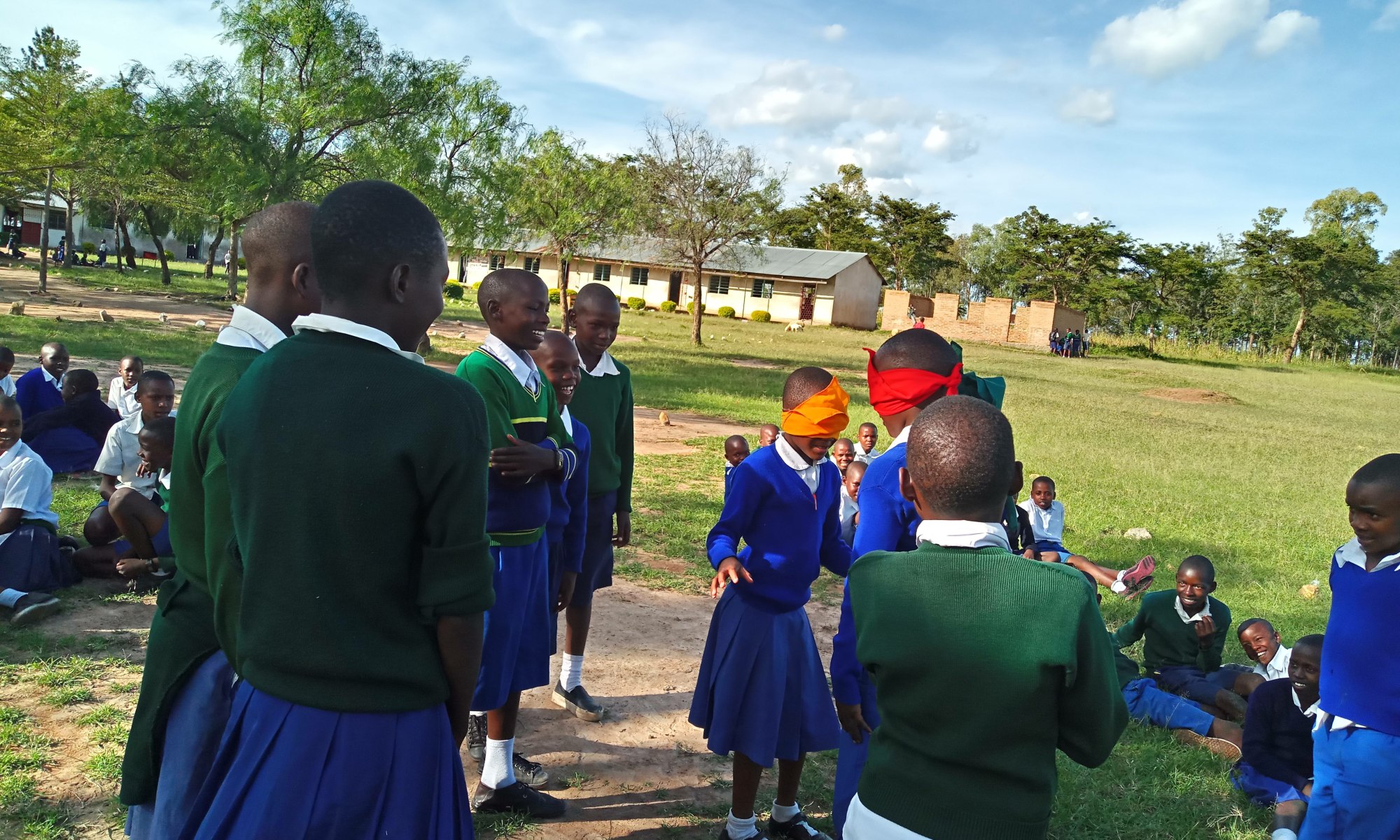 In Tanzania, nearly one third of the population live below the poverty line and the country has one of the highest birth rates in the world.

Tanzanian girls do not have the same educational and life opportunities as boys. Despite girls enrolling in primary education at the same rate as boys, only 73% complete it and less than 26% progress to secondary education. Literacy and numeracy skills in Tanzania are poor, with 19% of children finishing primary school classified as illiterate, and the situation is worse for girls with national primary pass rates of 49% compared to 56% for boys. For women and girls, improvements in the quality of education will have direct and long-lasting benefits to health, such as a huge reduction in under-five mortality.

Mara and Morogoro are two of the most marginalised regions of Tanzania, with household income below the national average. Mara has the lowest Kiswahili literacy pass rates in the country, the fourth lowest primary school leavers pass rates, and the third worst ratio of school toilets to girls, at only one per 192 girls. Morogoro has one of the highest numbers of out-of-school children, the majority of whom are girls. High number of girls in these regions drop out of school due to socio-cultural practices, negative attitudes toward girls’ education, early marriage, high levels of gender-based violence, and the stigma attached to teenage pregnancy. This is exacerbated by poor gender responsive education and a lack of conducive learning environments for girls.

The project will improve the quality of education for children, especially girls, in Tanzania. Better education and life skills will empower girls to transition to womanhood, become better parents in the future and break the cycle of poverty endemic in the target regions. Investing in quality education will also pay dividends in health and gender equality. 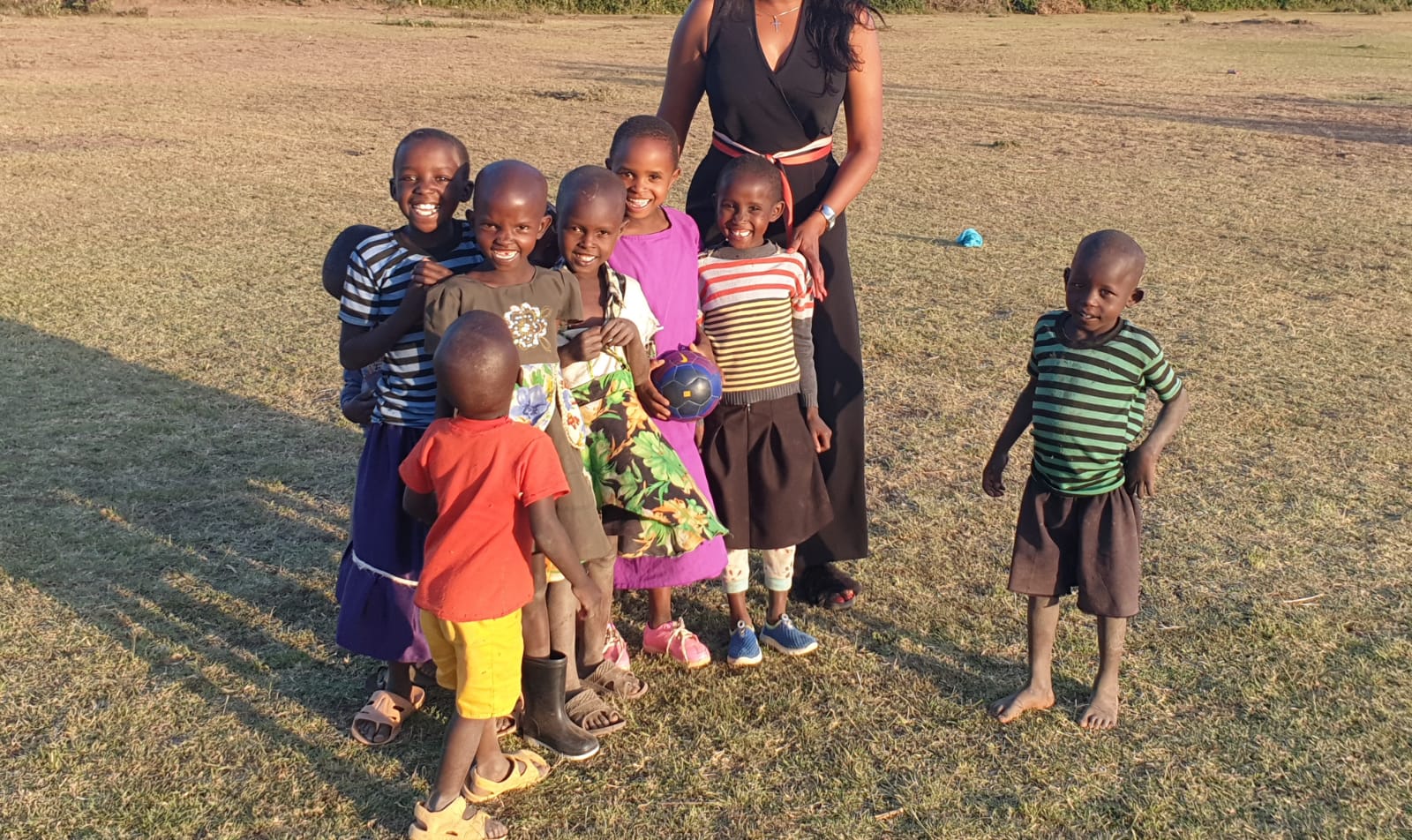 Kick the Ball, Save Our Wildlife

The Maasai Mara ecosystem is one of the largest wildlife conservation areas in East Africa and is home to several conservancies that make a significant contribution to Kenya's tourism revenue. The Lemek conservancy is home to many marginalised children with a passion for sports. Most local public schools are attended by underprivileged children and lack basic social amenities. There are no football pitches but there is plenty of land on which to build one. Water4Wildlife Maasai Mara identified a public primary school as the ideal location to build a modern sports ground to serve children from the various conservancies. By playing football, 300 children aged 4–16 will be able to build new friendships, nurture their talents and learn teamwork skills. Through learning about wildlife conservation, it is hoped they will grow up to be future conservationists.

Water4Wildlife teaches the children about the various dangers facing wildlife and the threat of extinction. They are also taught about the dangers of poaching and eating game meat, and reassured that they can report it to the rangers in safety. During football tournaments, the game rangers will have a chance to kick a ball with the schoolchildren and talk about the importance of wildlife conservation.

Football games are also organised at local hotels and lodges between the visitors and the children. This gives the children the opportunity to meet the visitors, share their dreams and gain an understanding of why the visitors come to the Maasai Mara to see wildlife.

The project will build the local community's first football pitch at a public primary school. Better recreational and community sports opportunities for the children will not only improve their health and help them to acquire a variety of skills, but also help to break the cycle of idleness, vice and child labour. 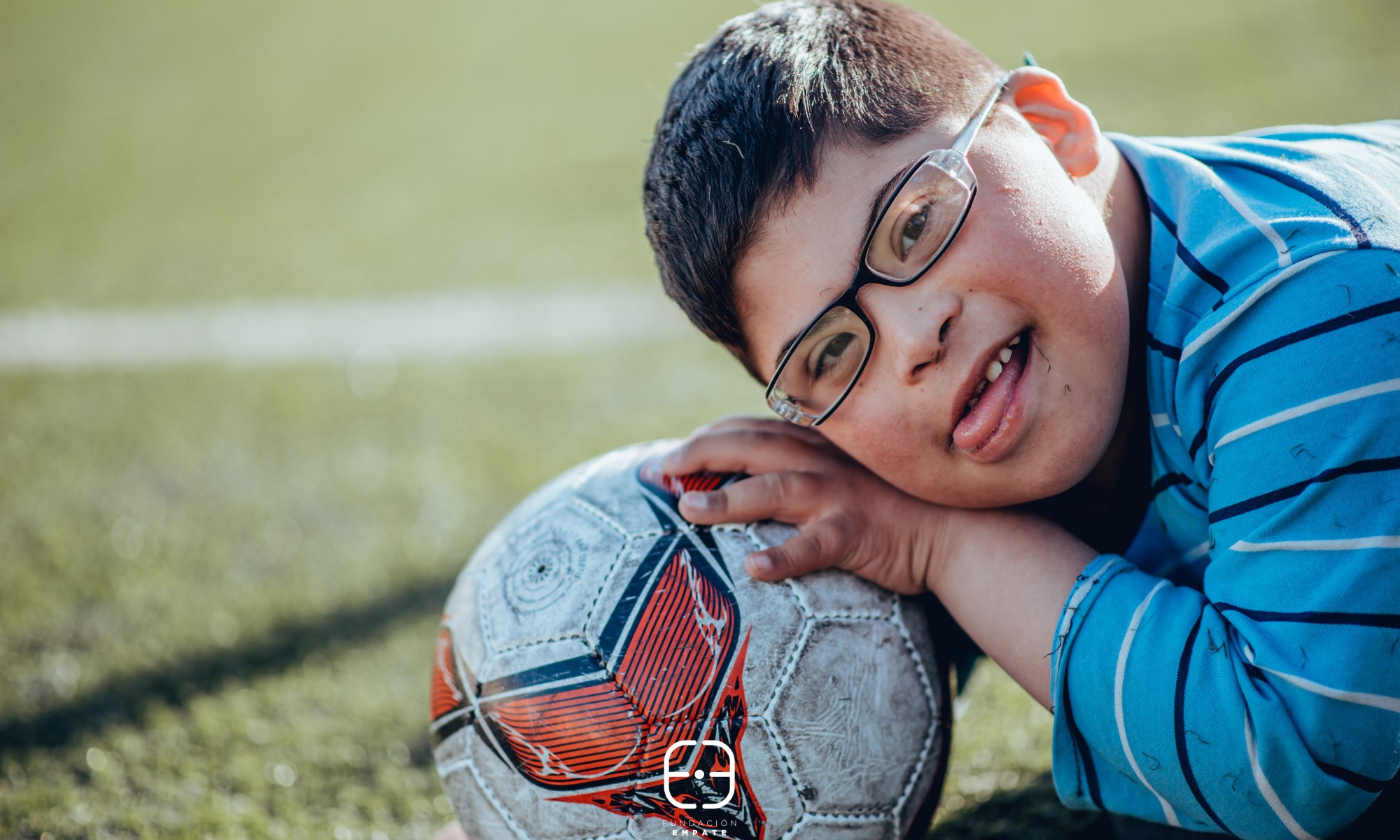 Fundación Empate is an Argentinean NGO that provides free, non-profit spaces and activities for people with Down syndrome to promote their holistic development and social growth. Since 2016, the foundation has offered activities such as football, tennis, music, art and job training workshops.

The activities promote encounters between people with and without different types of disability. The aim is to foster inclusion in all social, cultural and sports contexts, with an emphasis on psychomotor and cognitive development. In this continuous learning environment, people with Down syndrome develop in terms of sports, culture and play, helping them to improve their quality of life and find their place in society. The goal is for them to learn about themselves to better understand the world around them.

Across Argentina there is a shortage of places where people with Down syndrome can learn to play sports, have fun and develop. Empate for Argentina seeks to fill this gap by offering quality inclusive sports spaces with fewer barriers. To help achieve this, Fundación Empate is developing a scheme of free social franchises to share its experience, methodology, guidelines and success with other locations. A Safe Space to Play for Children in Cabreùva

The community of Novo Bonfim in Cabreúva, Brazil is the most vulnerable in the region. Children and young people are affected by high levels of poverty, teen pregnancy, drug abuse and drug trade. There are no safe public sports facilities in the community for children.

The Cruyff Foundation will build a Cruyff Court for this community to give children a safe space to play football and other sports. It will be built next to the school cluster, including a high school, primary school and daycare centre. The Cruyff Foundation’s local partner, the Instituto Plataforma Brasil (IPB), will run daily football sessions based on the 14 rules of Johan Cruyff.