Visa donates another €50,000 to UEFA Foundation-backed

The Player of the Match Award, which has been presented by Visa since 2019, celebrates individual excellence in women’s football. In honour of the award, Visa gives a €50,000 donation to a charity chosen by the winner.

For the second year in a row, Visa donated its Player of the Match prize to the UEFA Foundation for Children, allowing the winner to choose a cause close to her convictions. Aitana Bonmatí decided to support the Movement on the Ground, an organisation that runs sports programmes for refugee children on Lesbos.

Bonmatí presented the €50,000 award to a project that promotes gender equality and social inclusion for refugee children on the Greek island delivered by Movement on the Ground with support from the Barça Foundation and UEFA Foundation for Children.

Aitana Bonmatí, who is an ambassador for the Barça Foundation, said: "I hope this donation helps girls improve their situation and their emotional well-being through sport. It has been very interesting to learn first-hand about the situation on Lesbos and the excellent work that is being carried out."

Adil Izemrane, co-founder of the Movement on the Ground, thanked Visa and Aitana Bonmatí for the donation, which he said: "will enable many more refugee girls to have a safe place to play sports and forget, for a few hours a week, about their hardships in Europe’s largest refugee camp."

Movement on The Ground

Movement on the Ground is a non-governmental organization with core programming on Greek islands. It meets unmet needs during humanitarian crises and provides logistical, financial and service delivery assistance with the aim of improving the dignity of refugee populations. Since 2016, Movement on the Ground has delivered sports programs with refugee children and youth arriving on the island of Lesbos, including the delivery of a Football3 project funded by UEFA Foundation for Children in 2016 and the Barça Foundation's FutbolNet methodology since 2017. Link to the project

Since 2016, UEFA Foundation for Children and Barça Foundation have collaborated to provide sports activities for refugee children on the island of Lesbos in Greece. The activities take place in the new RIC refugee camp, after the old camp burned down last September.

There are currently 82.4 million displaced people worldwide, more than 26.4 million of whom have fled to other countries, according to the latest data from the United Nations High Commissioner for Refugees. Half of these refugees are children who have been forced from their homes because of conflict, violence and persecution. In this difficult context, children and young people are particularly vulnerable and often experience a lack of protection and violations of their rights.

I hope this donation helps girls improve their situation and their emotional well-being through sport. It has been very interesting to learn first-hand about the situation on Lesbos and the excellent work that is being carried out. 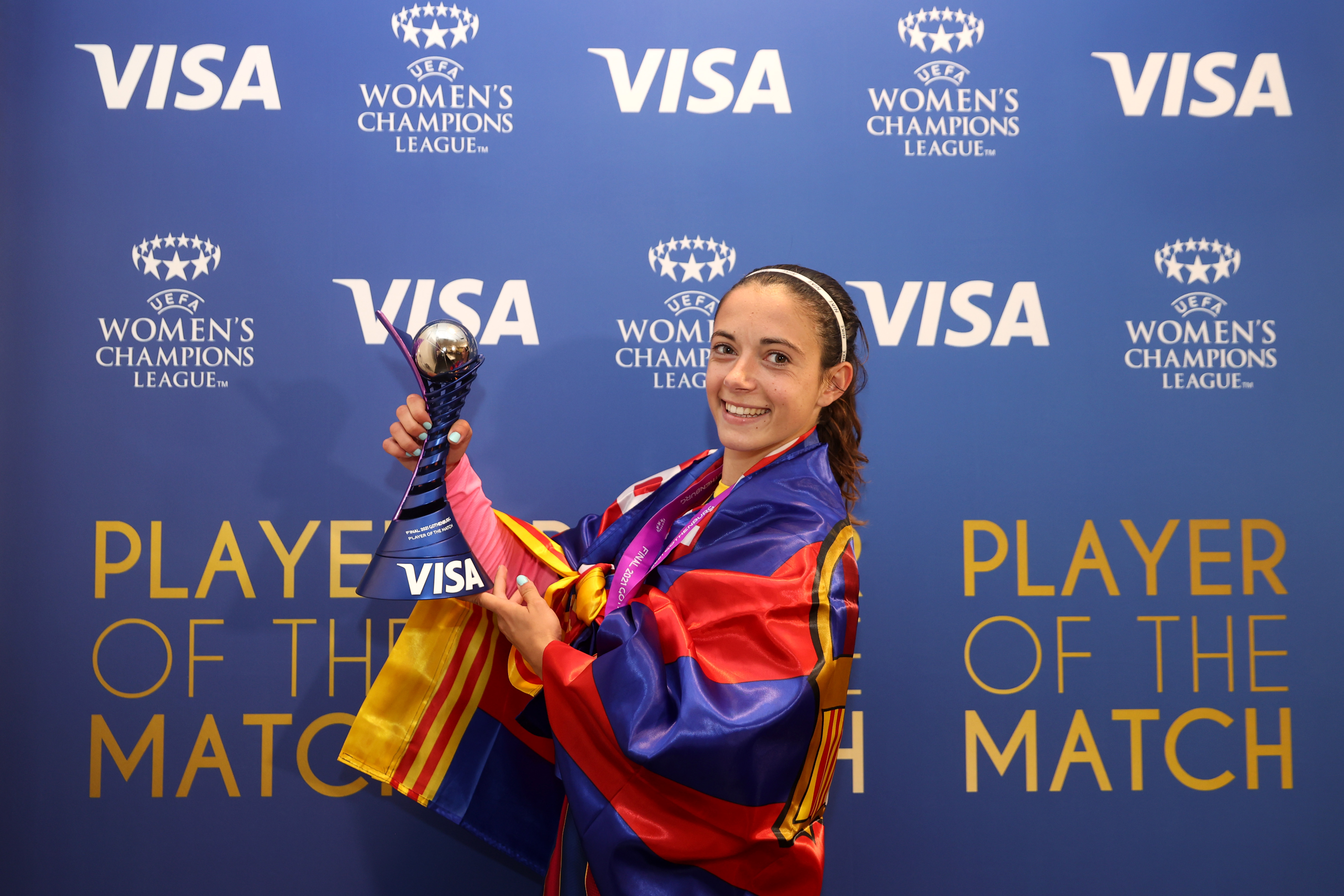 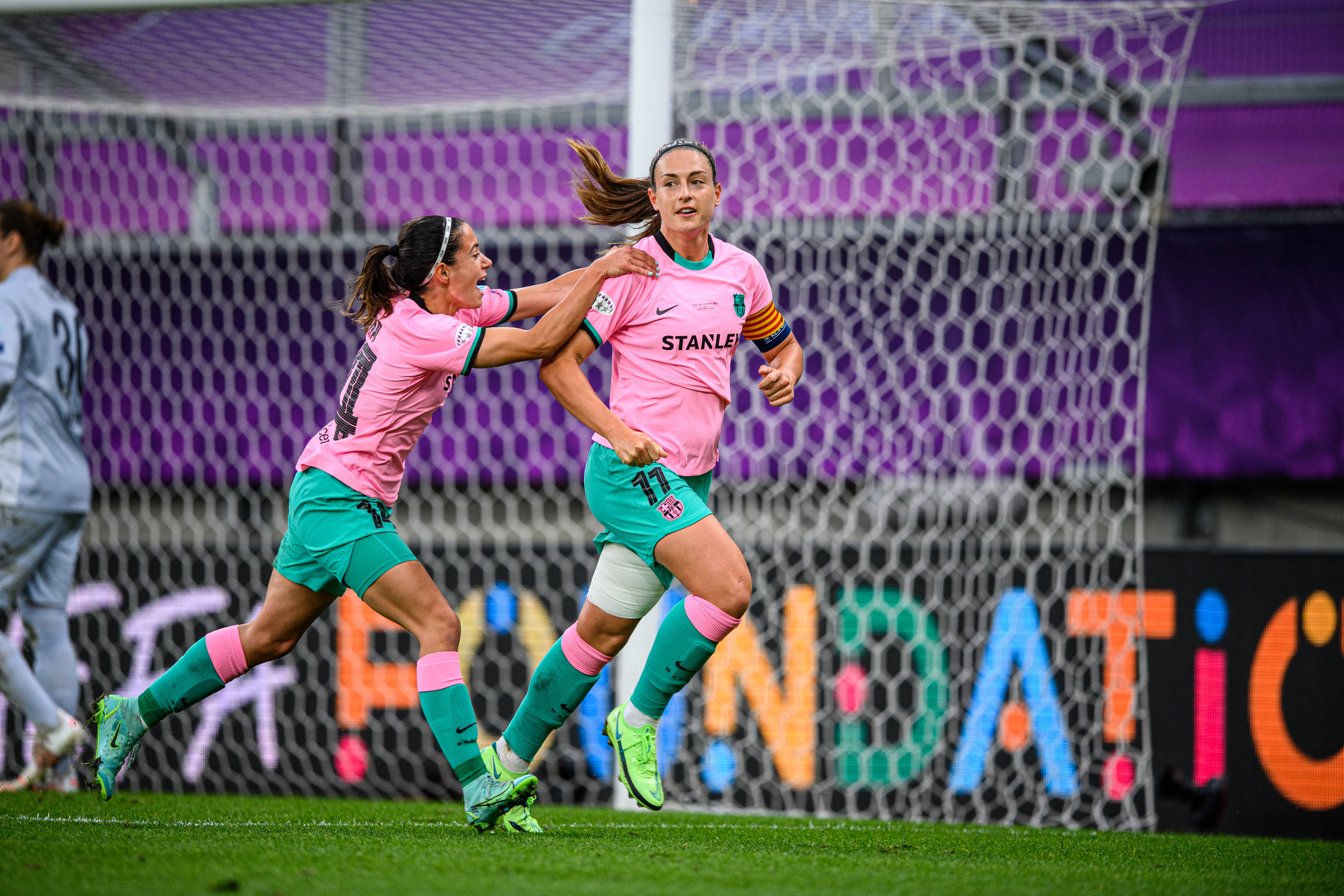 Visa Inc. (NYSE: V) is the world’s leader in digital payments. Our mission is to connect the world through the most innovative, reliable and secure payment network - enabling individuals, businesses and economies to thrive. Our advanced global processing network, VisaNet, provides secure and reliable payments around the world, and is capable of handling more than 65,000 transaction messages a second. The company’s relentless focus on innovation is a catalyst for the rapid growth of digital commerce on any device for everyone, everywhere. As the world moves from analog to digital, Visa is applying our brand, products, people, network and scale to reshape the future of commerce. For more information, visit: visa.fr/blog and @Visa_Fr.