Over 45% of the refugees and migrants who arrived in Greece in 2019 landed on the Greek island of Lesbos, which is separated from Turkey by a 10km channel and is home to 88,000 people. In winter, incidents at sea are an almost daily occurrence. Many lives are lost as a result of shipwrecks off the coast of Lesbos.

The increasing influx of arrivals has put extreme pressure on the island, where there are more than 40,000 refugees and migrants, despite the official reception capacity being limited to 2,800. Some 18,000 are staying in Mória (capacity of 2,300) and 2,500 in Kara Tepe. There is no longer space in these official reception and registration sites, so makeshift shelters have been built in a rubbish-filled olive grove around the camp.

Hygiene and sanitation conditions are unsafe. On top of that, registration backlogs in Mória and Kara Tepe and the overcrowding of reception facilities have led to tensions among refugee groups and between refugees and the police. Towards the end of 2019, local communities also started protesting and demanding urgent action to alleviate the pressure on the island. Friction is growing between local people and asylum seekers landing in boats from Turkey. Anti-immigrant sentiment has increased with non-governmental organisations also being targeted.

The Live Together project is made up of three sub-projects

Cosmos FC, a refugees’ football club, was founded in September 2016 on the initiative of a Lesbos native and ex-footballer who saw the potential for sports to alleviate the tensions caused by the refugee crisis on the island. Football can be more than just a game. Since 2016, the club has involved over 400 adults and minors – including girls, and regardless of religion and race – from 17 different countries.

Over the last two and a half years, Cosmos FC has been a sanctuary for people arriving on Lesbos (the island with the largest refugee population in Greece) on their way to the so-called ‘promised land’. Regular training and friendly matches against local clubs provide people with a sense of normality. At the same time, the club has gained the appreciation and respect of the local population of Lesbos.

In January 2019, Francis Kalombo, a 15-year-old Congolese boy and member of Cosmos FC became the first refugee to obtain an official licence to play in a European club, Aiolikos FC. His story instantly went viral, spreading throughout Greece and beyond and helping locals and refugees together raise awareness about refugees’ limited or non-existent access to sport. Subsequently, the Greek parliament passed legislation granting the right to participate in the amateur league and amateur cup matches not only to recognised refugees, but also to asylum-seekers, stateless persons and migrants who have a residence permit or have applied for a residence permit.

With the Two teams, one world project, Aiolikos FC and Cosmos FC are working together with the UEFA foundation to support more young refugees, including unaccompanied minors, teenagers and young adults.

The project will give 250 to 300 unaccompanied minors and other refugees aged 13 to 18 the opportunity to learn more about football through regular training. Regular exercise will help improve their physical and mental health, and football, as a team sport, will help them gain a sense of belonging, learn about teamwork and improve their self-confidence.

Friendly matches with local clubs will be combined with educational field trips to teach refugees about Greek and European societies and lifestyles, with a view to helping them adapt and integrate more easily. Refugees and Greek people from all backgrounds will play together, regardless of politics, religion or ethnicity, thus bridging possible divides between refugees and locals and creating the ideal opportunity to get to know one another.

An annual tournament (Cosmos Cup) will also be organised, involving either national or local clubs depending on the funding available, with the aim of combatting social exclusion and negative perceptions about refugees in society. 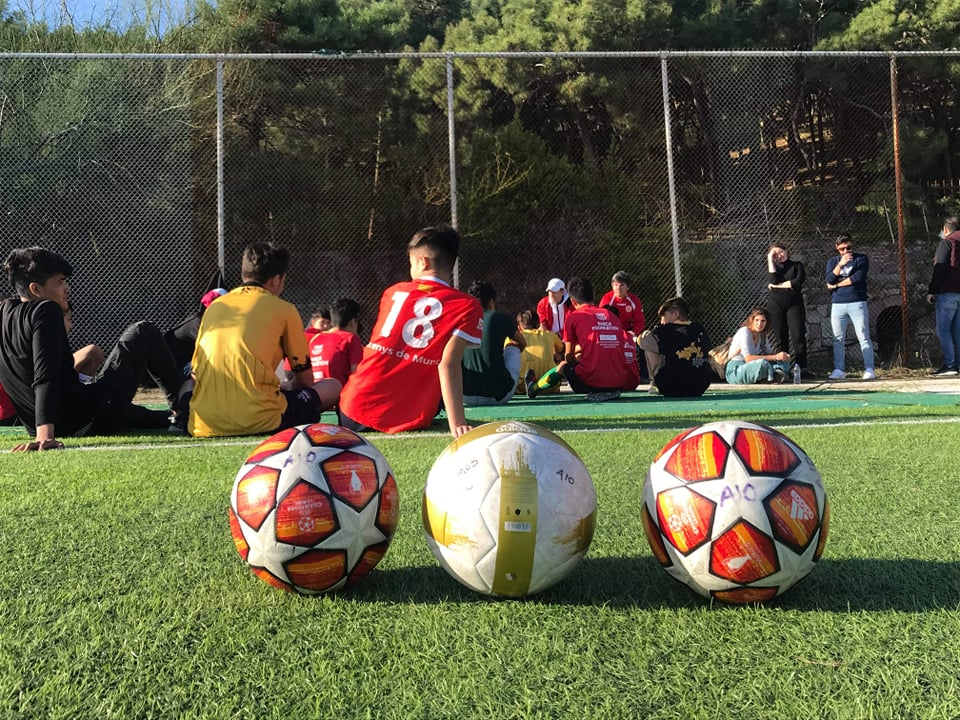 In the context of refugees, unaccompanied minors are children and young people under the age of 18 who make the journey to Europe without family or social support networks. In 2019, there were an estimated 21,000 refugee children in Greek reception and identification centres and accommodation sites, of whom an estimated 3,500 were unaccompanied minors. These children languish in reception and identification centres, protective custody or detention, in shelters for unaccompanied minors or on the waiting list for a shelter. They face a unique set of challenges and are considered to be the most vulnerable of all refugees.

This FutbolNet project proposes to work with unaccompanied minors on the Greek island of Lesbos.

With support from the UEFA foundation, the Barça Foundation will provide a year-long, socio-educational sports programme for unaccompanied refugee minors on the island of Lesbos. The aim of the programme is to create safe spaces to improve the physical and emotional well-being of unaccompanied minors, as well as fostering their social interaction and inclusion. At the heart of the programme is the FutbolNet curriculum, which imparts the FC Barcelona values and life skills through sports and cooperative games.

This project builds on an existing project through which Movement on the Ground provides daily FutbolNet training to children from the Kara Tepe refugee camp and a local school. The UEFA foundation will support Movement on the Ground to enrol 150 unaccompanied minors from Mória in its programme. The UEFA foundation will also support a new NGO, Iliaktida, to start delivering the FutbolNet programme to 45 unaccompanied minors from their centres. To this end, 40 Greek and refugee coaches and educators will be trained in the methodology to equip them with the knowledge, skills and tools to deliver the full curriculum. 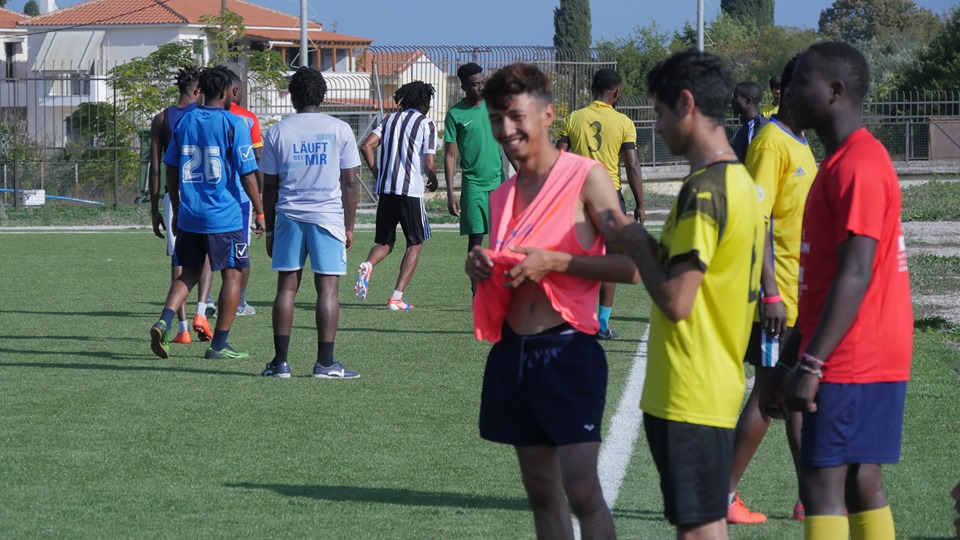 The UEFA Foundation for Children has also decided to support the host country, which is overstretched by the situation, and to support its schools by:

The schools targeted by this last component of the project are primary schools hosting local and refugee children, in order to help build social cohesion among the youngsters. 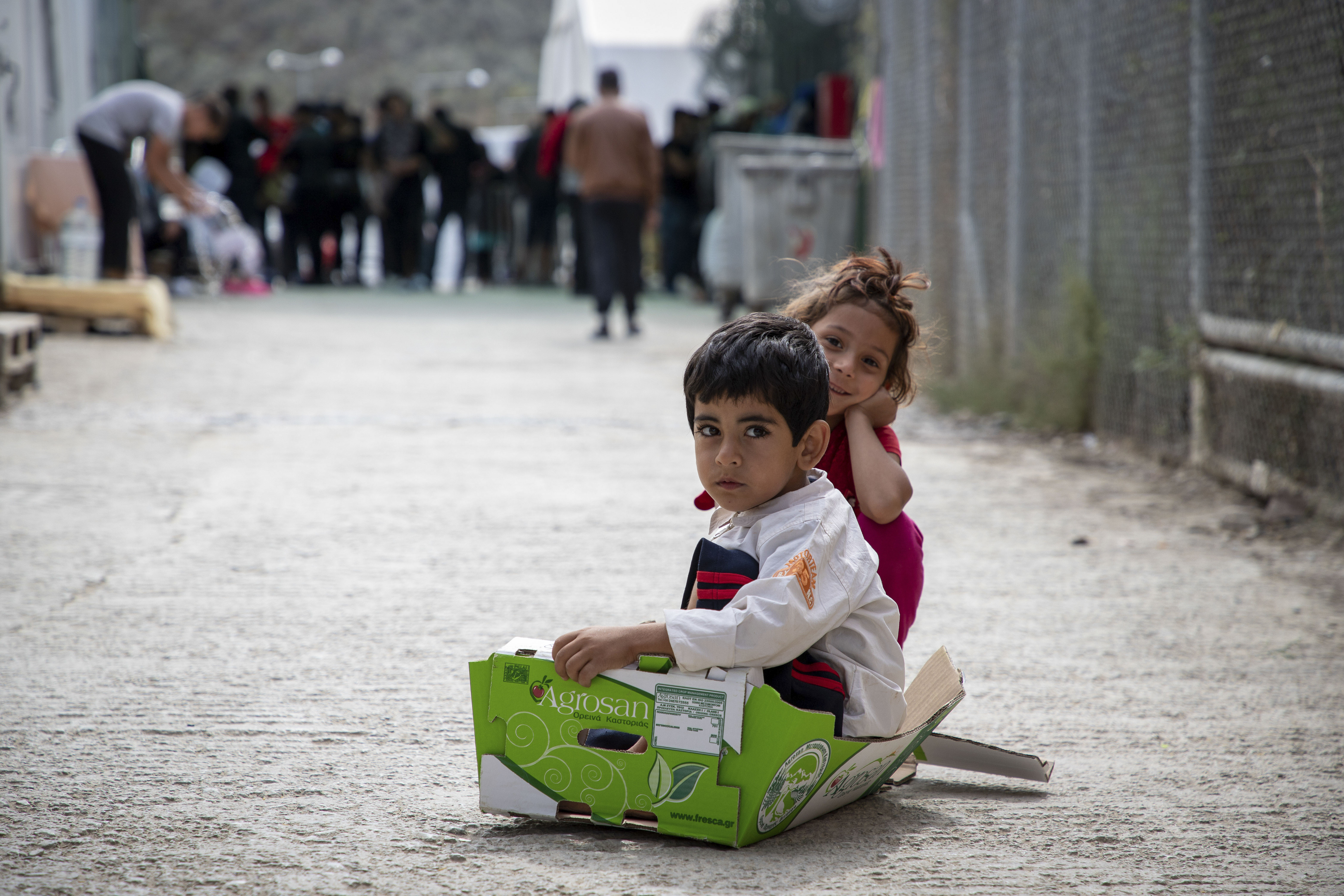 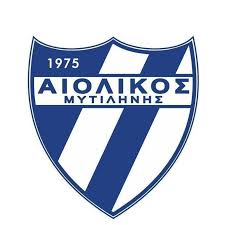 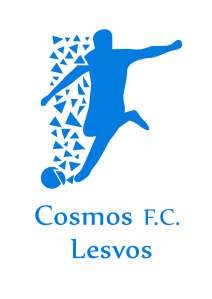