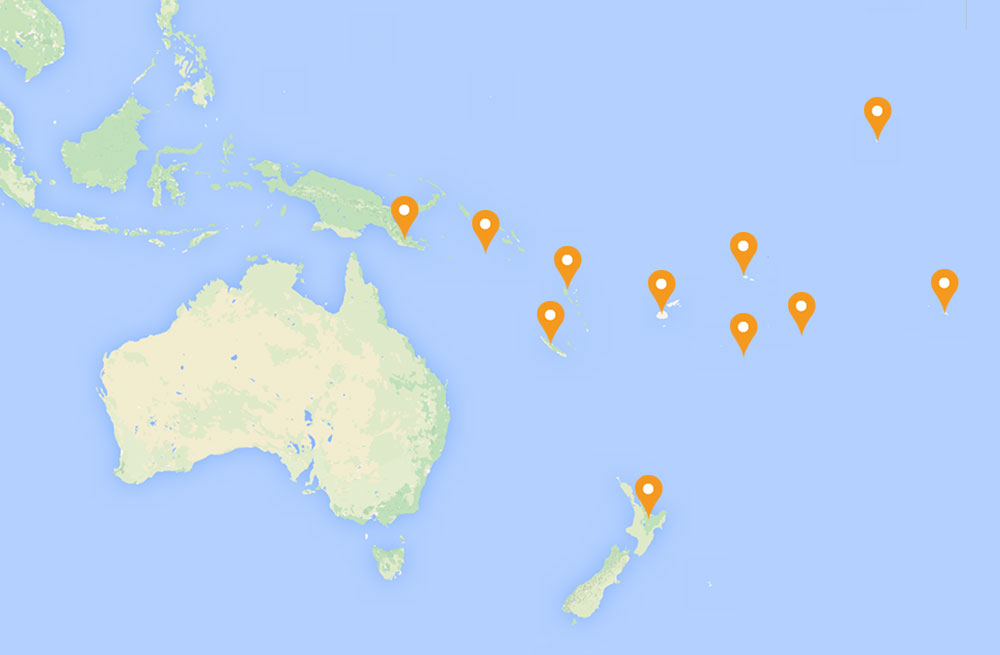 Sport for Development is a critical component of the Oceania Football Confederation’s approach to helping to build stronger Pacific Island communities.

With obesity and diabetes on the rise, research indicates that only 29% of children in the Cook Islands, Fiji, Samoa, Solomon Islands, Tonga and Vanuatu attend regular physical education classes,[1] with less than 25% of children in these countries practising 60 minutes or more of sport a day.[2] More than 50% of children choose soft drinks instead of water, which is a major contributor to weight gain. More than 27% of children are overweight and obese as early as age 13.[3]

Children with disabilities experience discrimination, exclusion and barriers to being widely accepted, while all girls are marginalized and face inequalities in education, decision-making processes and access to health services.

Evidence shows that poverty, hunger and lack of access to services remain major challenges for children in the targeted countries. One in four children live below the poverty line[4]. Children in general are exposed to high levels of violence at home and at school, and more than 50% of children aged 13–15 years report being bullied[5], 26% have attempted suicide[6], 12% report having no close friends[7], and 80% of children experience some form of direct violence or abuse[8].

With low levels of literacy and up to 30% of young people aged 15–24 actually illiterate, employment opportunities are limited, resulting in high unemployment rates among young people in the Pacific region.[9]

Between 2009 and 2017, the Pacific region was affected by 44 natural disasters. Vanuatu and Fiji were hit by category 5 tropical cyclones in 2015 and 2016 that affected nearly 1 million people, including 450,000 children. Fiji, the Solomon Islands, Tonga and Vanuatu suffered 30 of the 44 natural disasters that struck the region,[10] with children on average constituting between a third and a half of those most severely affected.[11]

Through the provision of structured Sport for Development interventions, UNICEF Pacific seeks to reduce the risks associated with non-communicable diseases, child protection, gender and social inequality. These efforts were extended to humanitarian response with the success of the Just Play emergency programme.

Working with key partners such as the OFC, UNICEF Pacific seeks to build confidence in children and young people and create access to quality sports activities, educational platforms, advocacy campaigns and public dialogue through active participation.

[2] Secretariat of the Pacific Community and UNICEF Pacific, The State of Pacific Youth: Opportunities and obstacles, Bluebird Printery, Fiji, 2011.

[6] Secretariat of the Pacific Community and UNICEF Pacific, The State of Pacific Youth: Opportunities and obstacles, Bluebird Printery, Fiji, 2011.

Just Play is a community-engagement Sport for Development programme developed by the OFC to improve the lives of children and teenagers aged 6–16 by means of football.

The programme engages children in a series of interactive sessions that include social messages aligned to the four key programming pillars: health and wellness, gender equality, social inclusion and child protection. Through active participation, Just Play helps children to develop healthy lifestyle habits and become confident in their abilities; encourages gender equality; promotes social inclusion; and emphasises that sport is for everyone.

The programme aims to reduce the risks associated with, and vulnerability to, endemic social issues, such as the prevalence of violence against women and children, gender inequality and social exclusion, by integrating social messages into the sessions – for example, the importance of reporting bullying and other types of violence. In doing so, the programme promotes an understanding of the importance of regular participation in physical exercise and its impact on issues such as bullying, violence and social inclusion to enable positive social and behaviour change.

Just Play also facilitates the development of critical life skills applicable both on and off the field of play, including the acceptance of rules, teamwork, respect, decision-making and fair play.

Just Play supports programming activities by working with local stakeholders in areas most likely to be affected by natural disasters.

By focusing on vulnerability, the programme leverages existing content to support coping in the wake of a natural disaster, and specifically the emotional recovery of children within an emergency context.

Just Play is run with the support of trained coaches and equipment packs containing footballs, cones, bibs, activity manuals and other resources that enable children to learn healthy lifestyle habits and social skills that focus on:

Just Play supports the upskilling of teachers and community volunteers to deliver programme activities that facilitate capacity-building, ownership and accountability in social change through a community based, child-centred approach.

Just Play is positively impacting children and teenagers through a sport-based curriculum that helps them to develop the life skills necessary to make consistent, long-term healthy lifestyle choices that promote health and wellness, gender equality, social inclusion and child protection, even in post-emergency contexts.

We use cookies to ensure that we give you the best experience on our website. If you continue to use this site we will assume that you are happy with it.Ok