UEFA Foundation for Children board meet in Baku

UEFA Foundation for Children board meet in Baku

The board of trustees pursues continuity

The UEFA Foundation for Children board meeting took place today in Baku, at the invitation of the Association of Football Federations of Azerbaijan, ahead of the UEFA Europa League final.

After the first four-year term of office since the board of trustees was elected, in Vienna on 23 March 2015, this session included elections in accordance with Article 8 of the foundation’s charter.

All board members had expressed their wish to be re-elected for a new four-year term. Aleksander Čeferin was re-elected chairman of the UEFA Foundation for Children.

The members of board of trustees are:

Aleksander Čeferin declared, “I am very pleased that the board members are committed to sharing their time, expertise and enthusiasm for a new term of office. We will continue to focus our efforts on using football to improve the lives of children and help disadvantaged communities by giving them the opportunity to play football, develop life skills, become actors in their lives, and break the poverty spiral.”

During the meeting, the members expressed their willingness to focus on post-conflict issues in Europe and increase the support for young migrants and unaccompanied children. The idea is to extend and replicate the knowledge and experience gained over the years in the Zaatari and Azraq refugee camps in Jordan. Various projects are now being considered in Greece and Turkey.

A second focus will be employability projects for young migrants and vulnerable youngsters in Europe. The under-25 unemployment rate in the European Union is 15%, and much higher for young people living in poverty or school dropouts. Sport can be used as a method to teach and improve knowledge and skills, including teamwork, perseverance, responsibility and vocational and organisational skills. The foundation is already working with various partners on these projects.

The foundation will launch a new one-month call for projects on 1 July 2019. Applicants can submit projects on the foundation’s official website, where they will find all the necessary information and selection criteria. The board of trustees will announce its decisions at its next meeting in November.

Finally, the Association of Football Federations of Azerbaijan, generously donated €75’000 in support to the projects of the UEFA Foundation for Children. 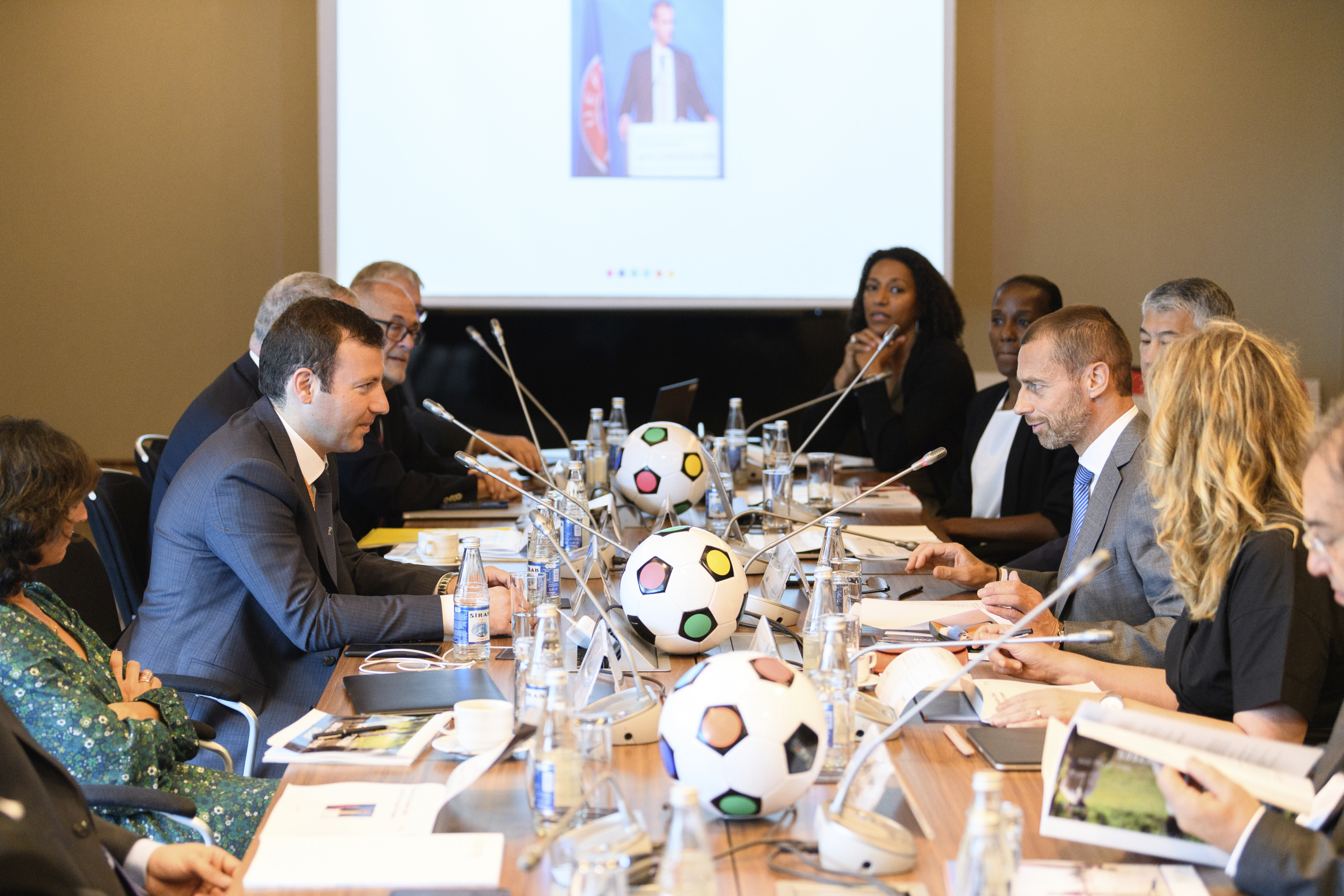