In partnership with the UEFA Foundation for Children and NGO streetfootballworld, PepsiCo, a long-standing UEFA Champions League partner, has launched this global initiative to transform empty crisp bags into sustainable football pitches

Football fans in Leicester now have access to a brand-new five-aside football pitch, which has been constructed from upcycled crisp packets. The facility, which is located at New Parks Community Hub in the city, is part of the Lay’s RePlay global project and will provide a hub for local football players driving positive change by offering educational sports programmes, mental health workshops, employability interventions and football fitness sessions.

The pitch in Leicester follows on from the inaugural facility, which was constructed in Tembisa, near Johannesburg, in June with local footballing legend Lucas Radebe. Further pitches in Russia, Turkey and Brazil will be constructed in due course.

“We know a passion for football can last a lifetime and thanks to the Lay’s RePlay initiative we’ll be able to preserve the magic of football and give hope to those in the Leicester community who need it most. Together we have created a hub to inspire young people and teach them the values of respect, discipline and teamwork,” said the General Secretary of the UEFA Foundation for Children, Urs Kluser.

Each playing surface is created with a shock-absorbing layer called Ecocept™, which is formed when reclaimed crisp packs are converted into rubberized pellets. (For South Africa, more than three million chip packages were used to create the pitch.) Both the turf and the Ecocept™ layer are 100% recyclable, with each pitch producing up to 128 tons fewer greenhouse gas emissions than a standard synthetic pitch.

Our initiative places a strong emphasis on including community members and local organizations throughout the planning, construction, and maintenance phases of each pitch, with the goal to develop programming that can address social issues impacting each community. While fostering safe access to the sport, the pitches are designed to be as environmentally sustainable as possible”, said Luca Pogliaghi, PepsiCo Global Sports Marketing Sr Manager.

Lay’s RePlay also builds on PepsiCo’s longstanding partnership with the UEFA Champions League. The initiative grew out of a 2017 collaboration between Lay’s and the UEFA Foundation for Children that created three pitches in Jordan’s Za’atari and Azraq Refugee Camps, giving 35,000 people access to football. 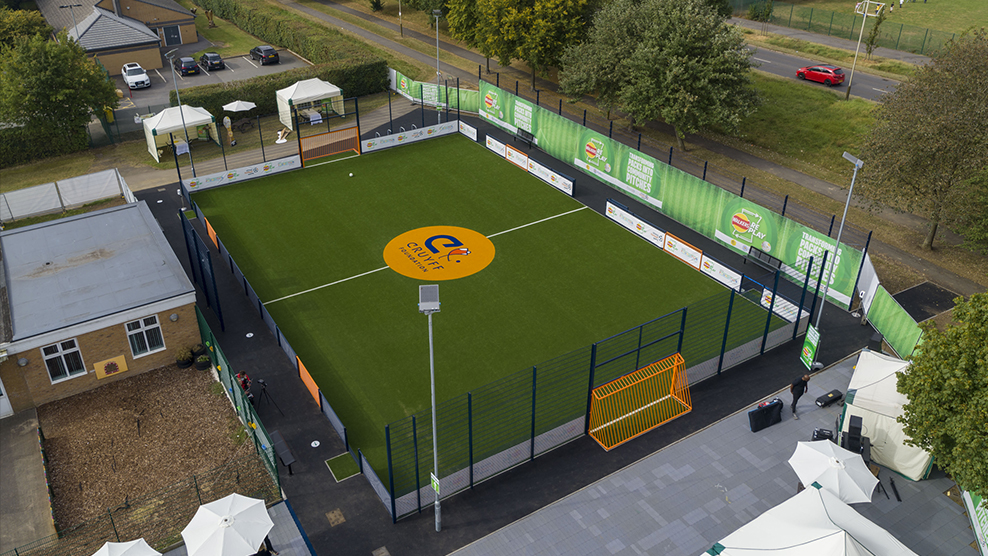 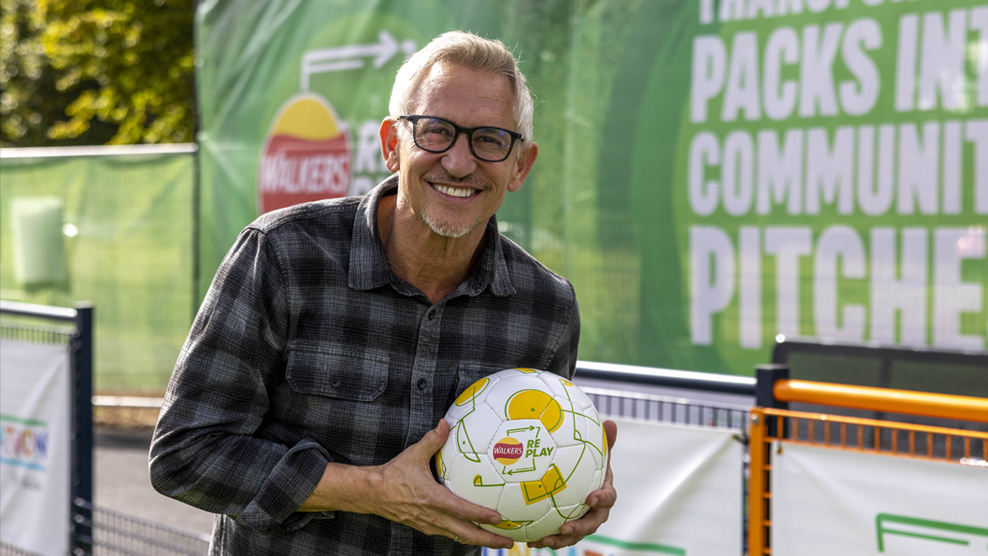