These new football projects will give even more children in need the promise of a better life.

Tuesday 30 November: The board of trustees, chaired by UEFA president Aleksander Čeferin, met to review recent projects and their impact and discuss the institution’s future. This session was attended by a special guest, the FC Seville striker Ivan Rakitić who is a UEFA Foundation for Children ambassador.

It has been an honour to be invited to participate to the UEFA Foundation board meeting, to meet its members, and to have the opportunity to be involved in discussions that will certainly change the life of many children around the world”.

The past year saw the complete resumption of football activities in the communities the foundation supports. By listening to our partners, we were able to adapt our assistance to the most pressing needs. Last season, 30 stadiums were built or renovated, 424 lots of equipment and 2,920 balls were donated to the host cities by the foundation along with 17 tonnes of material from UEFA EURO 2020 and other UEFA competitions for reuse by local football clubs and children’s charities.

One of the most anticipated agenda items was the selection of new projects following the call for submissions sent out during the summer. A total of 1,227 entries were eligible for shortlisting.

After careful review, 67 projects were chosen to share the total budget of €5,099,391, half of which was allocated to European projects and the remainder to other continents.

This year, it was decided to give special assistance to two projects supporting education in Afghanistan and to the NGOs helping the children stranded between Belarus and Poland.

The last few months have been difficult, and we have often had to respond to emergencies,” said Aleksander Čeferin. “Our foundation has more than ever an important social role to play by strengthening its support for the most vulnerable ones around the world. It enables European football to assume its social responsibilities and to lead by example in this area.”

List of projects approved by the board of trustees: 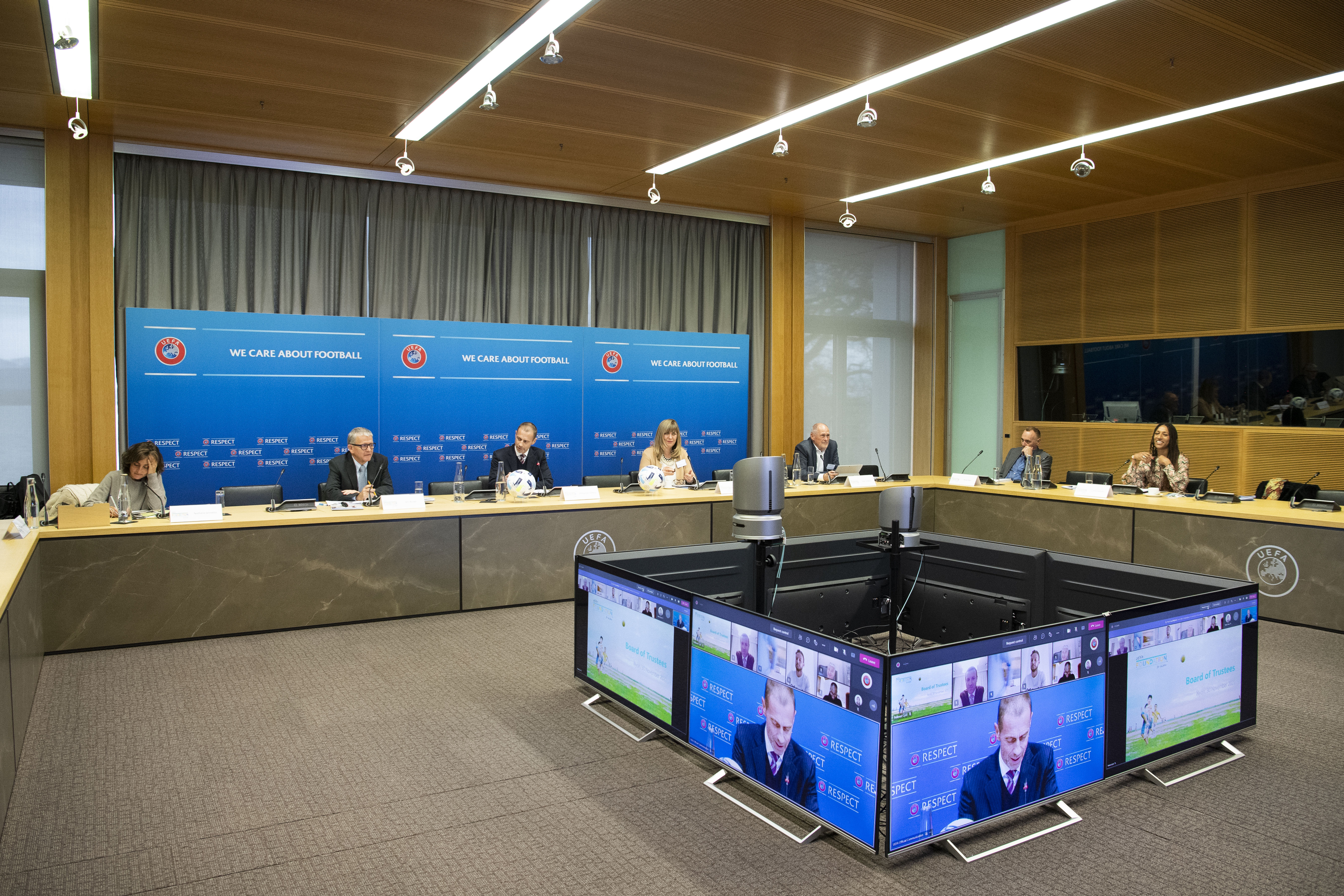