The 2020/21 UEFA Foundation for Children Activity report shows the power of football to change lives despite the adversity brought about by the ongoing pandemic. The report highlights stories from children around the world who have benefitted from an array of UEFA Foundation projects.

The COVID-19 pandemic that brought the 2019/20 season to a halt continued to overshadow us in 2020/21. The repercussions reverberated through all our communities and impacted everyone in football.

"The world of football has rallied more than ever in support of the communities in which it is rooted. The commitment shown by national associations, clubs at all levels of the game, players and commercial partners, individually and collectively, has never been so great.

"The activities conducted or supported by the UEFA Foundation for Children all demonstrate the human and sociocultural dimension of our beautiful game. They highlight football's most positive values, namely respect and social cohesion."

Every child has a voice

To give more young people a voice, the UEFA Foundation regularly asked children involved in its projects to share stories about their day-to-day lives, their interests and their dreams. Their stories provide the most compelling evidence yet of the importance of football and the impact these projects have on the daily lives of many thousands of children.

Projects financed by the UEFA Foundation are underpinned by the need to protect children from all forms of discrimination. The projects tackle issues and focal points that also help to achieve the United Nations' Sustainable Development Goals (SDGs), a call to action for all countries working in a global partnership to reduce inequalities in the world. All the UEFA Foundation projects focus on areas including gender equality, personal development, protection of victim of conflicts, access to employment, infrastructure, medical care and the environment.

During 2020/ 21 there were 62 UEFA Foundation for Children projects ongoing in Europe and 59 projects outside of Europe. The number of beneficiaries since the Foundation started in 2015 has reached a staggering 1.8 million.

In keeping with its strategy of partnering with popular public figures in the world of football, the UEFA Foundation for Children board appointed Ivan Rakitić and Eugénie Le Sommer as their first official ambassadors. Both players have exemplary European football playing careers and are actively committed to various social causes.

"I’m really happy about it – the fact I am a father of two girls means that I know and understand how important it is to see that smile on children's faces."

Having come on board in February 2021, Rakitić attended a videoconference with female coaches to mark International Women's Day on 8 March, and he personally greeted the player mascots and ball kids at the EURO 2020 match between Portugal and Belgium in Seville.

"I want to share the pleasure of playing and my passion for football by helping those who need it in any way possible. Sometimes, the smallest details can change lives."

The UEFA Foundation for Children amplified their reach by running activations at UEFA's major competitions.

In the midst of the pandemic, the final stages of the 2019/20 UEFA Champions League, from the quarterfinals onwards, were held in the form of a mini-tournament in Portugal from 19 to 23 August. To continue making dreams come true for children suffering from serious illnesses, Mastercard, a UEFA Champions League partner, and the UEFA Foundation for Children gave youngsters the opportunity of a lifetime to meet some of the players virtually.

Ruby and Annika were invited behind the scenes at the match between RB Leipzig and Paris Saint-Germain and welcomed the players as they arrived at the stadium. Ten-year-old Ruby, a football fanatic from the northeast of England, was undergoing chemotherapy at the time, while 11-year-old Annika was receiving treatment at a cancer clinic in Frankfurt.

Ten-year-old Ruby, a football fanatic from the northeast of England

"Wow! I will remember this day for the rest of my life! Thank you! After the doctor only recently told me that I might not play football ever again, this lifted my spirits so much! I will never forget this day."

Although children were unable to set foot on the pitch at the Puskás Aréna in Budapest on 24 September 2020, 18 children participating in Foundation projects took centre stage on matchday, with their drawings featured in the design of the official match ball. Their designs were selected from over 200 entries by the UEFA president, Aleksander Čeferin.

The UEFA Super Cup was also an opportunity to make Hanya's dream come true. Originally from Iran, the 20-year-old amateur footballer had never set foot inside a stadium before, because she was a woman. The UEFA Foundation for Children and its partner organisation in Budapest, Oltalom, secured her a ticket for the match.

"It showed me that you don’t have to be a man to enjoy a football match. I really hope that women in Iran and Iraq can watch and play football more freely; right now, they need to be hidden when they play – they cannot even play in a public place, which is very sad."

Things may not have gone as initially planned because of the pandemic, but the UEFA Foundation for Children still shared the thrill of the EURO with youngsters across the continent.

Thanks to the Abidal Foundation, the host cities and tournament Just Eat Takeaway.com, 1,820 children saw their dreams come true as they were given a unique experience inside the stadiums during EURO 2020.

In cooperation with the Abidal Foundation and Awabot, we supplied the stadiums in Budapest, Munich and Seville with a remote-controlled robot connected to a console. Young football fans in hospital with long-term illnesses or in convalescence homes were able to control the robot from where they were staying to experience the pre-match atmosphere and interact with their favourite players.

EURO 2020 helped the Foundation draw attention to areas such as social cohesion, integration of minorities and people with disabilities, and solidarity. This uniquely pan-European event enabled many foundation partners to promote their activities and involve their beneficiaries in a collective celebration of football.

A range of sponsors helped the UEFA Foundation deliver lasting memories for children across the world.

For two consecutive seasons, Visa, donated €50,000 to the UEFA Foundation for Children on behalf of the player of the match at the UEFA Women's Champions League final.

UEFA Champions League partner Gazprom sponsored a football pitch for the benefit of 1,000 children. The pitch was built at the Bora Radić primary school in Bavanište, a village about 40km east of Belgrade.

Lay's, a UEFA Champions League sponsor, has launched a global initiative, Lay's RePlay, which aims to bring joy to communities around the world through the power of football by reusing empty crisp packets to help create sustainable football pitches. In doing so, it hopes to unite communities and drive positive outcomes for people and the planet.

Kia, a UEFA Europa League sponsor, has renewed its support for children in the Zaatari refugee camp in Jordan. In three seasons, the Kia-backed campaign has donated 3,000 pairs of football boots to children in the camp

In spring 2020 and 2021, H&M launched an initiative aimed at encouraging children to stay active by promoting access to sport for all. To support young players around the world and keep them active, H&M donated to the UEFA Foundation for Children some of the proceeds from the sale of a special football shirt collection for children over two, two-week periods. Their donation helped finance emergency action linked to COVID-19, such as the distribution of food and other essentials, health products and medical aid by 13 of our other partners.

For the second consecutive year, adidas agreed to donate 700 packs containing balls and all the other equipment needed to organise a training session, to support UEFA Foundation for Children projects all over the world.

FedEx supported EURO 2020 by transporting materials between the stadiums and our partners in the host cities, local football clubs, schools and children's charities. In total, almost 15 tonnes of materials were reused.

To read the report in full and watch videos showcasing the UEFA Foundation for Children's projects, click here. 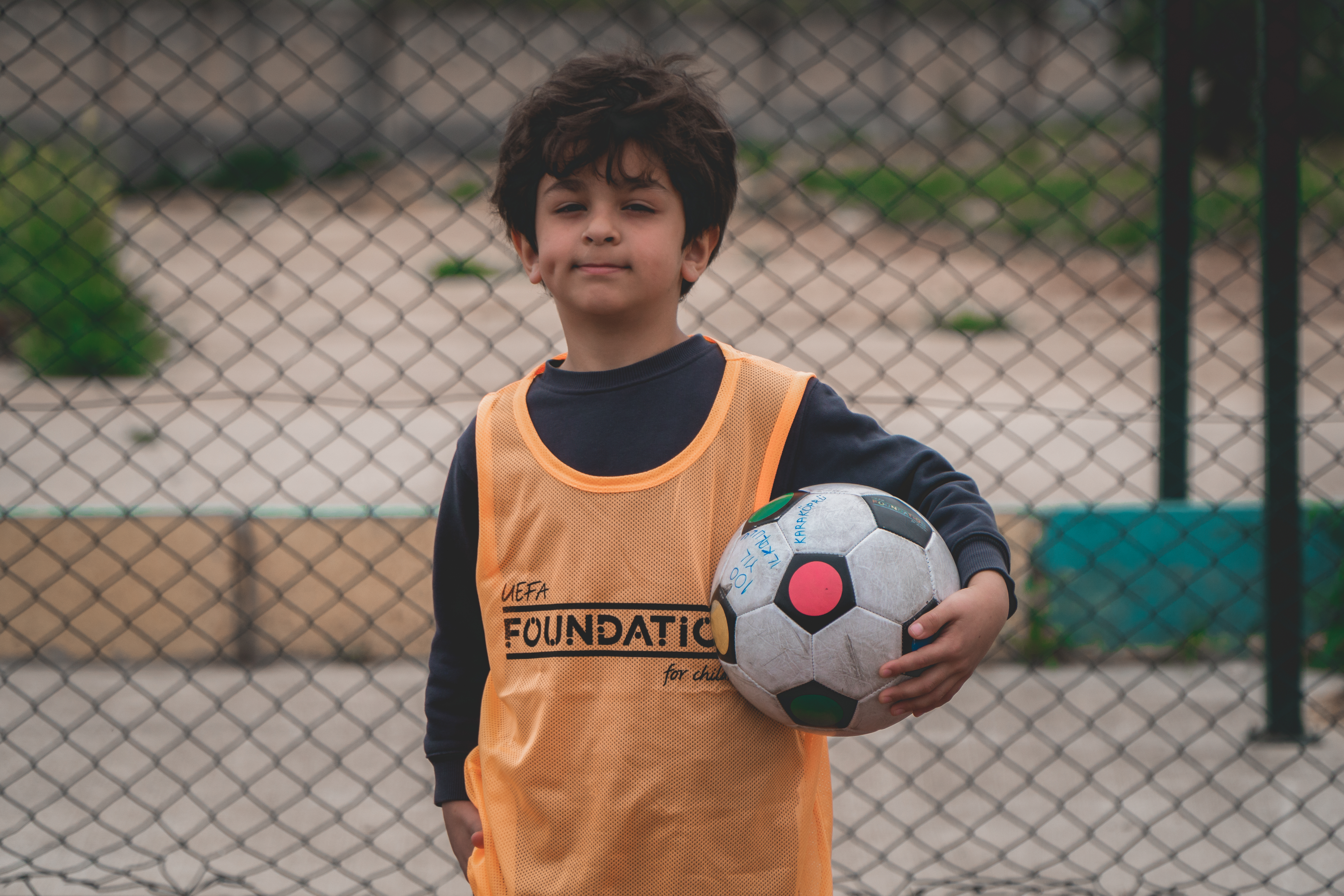 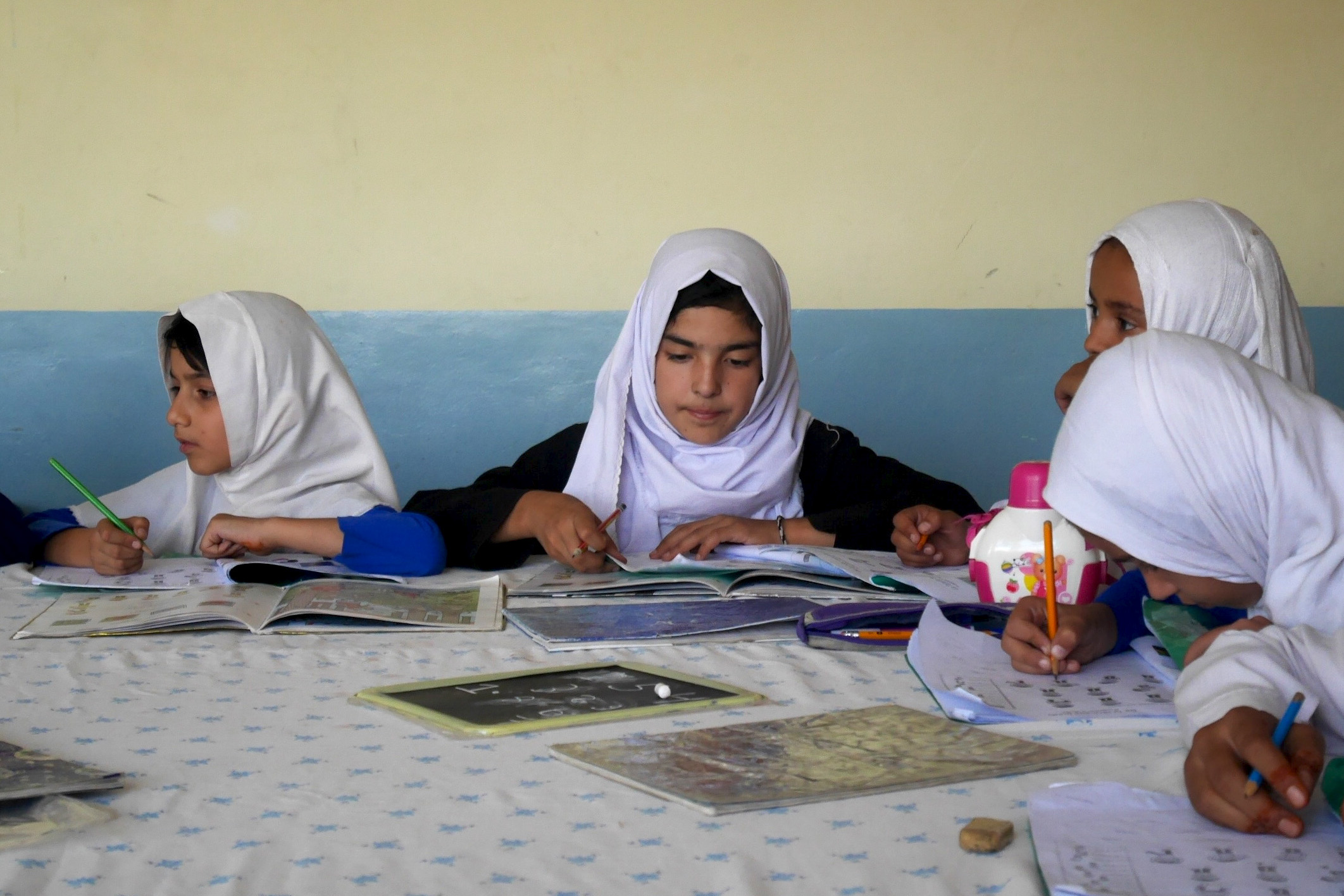 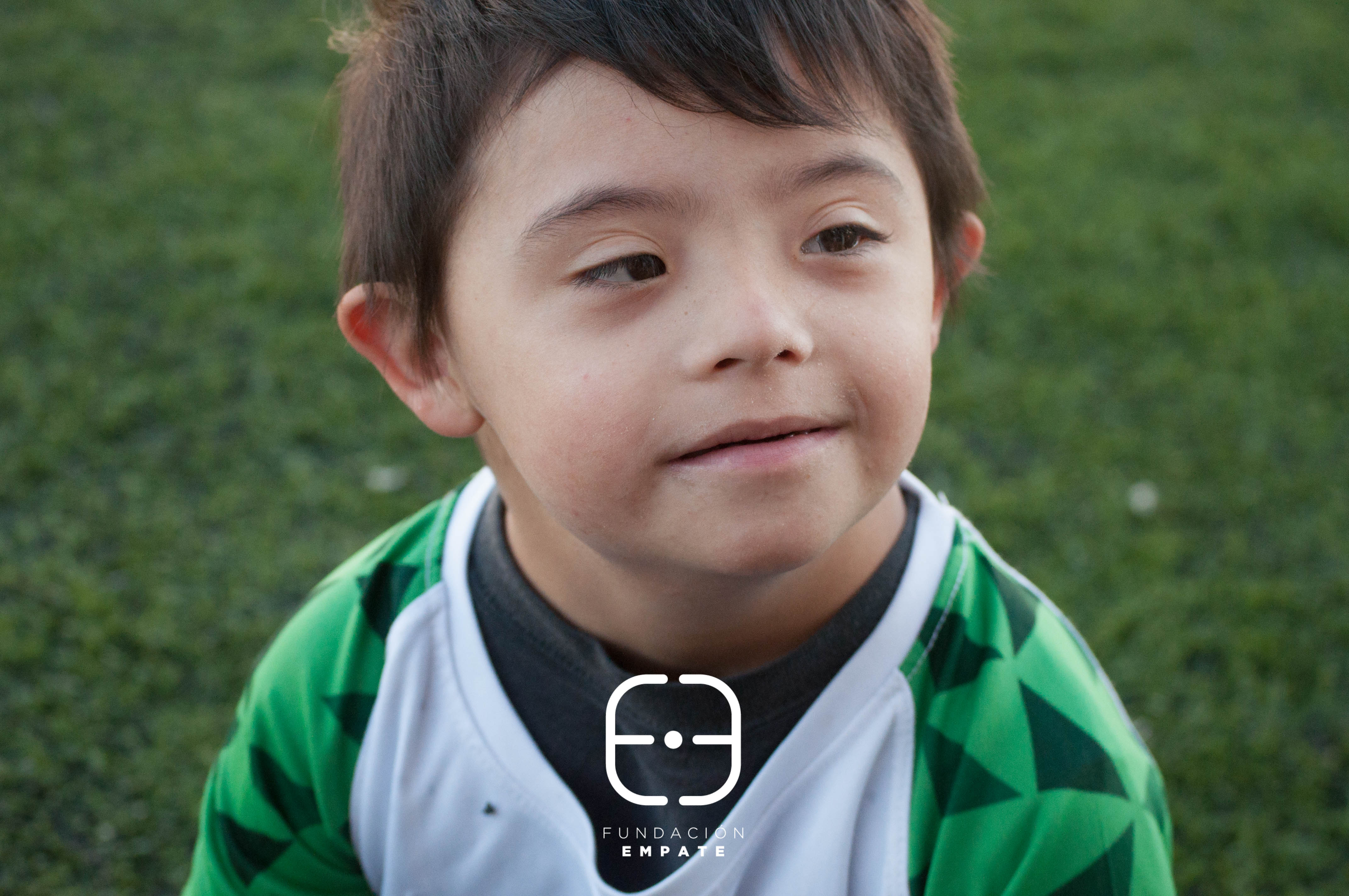 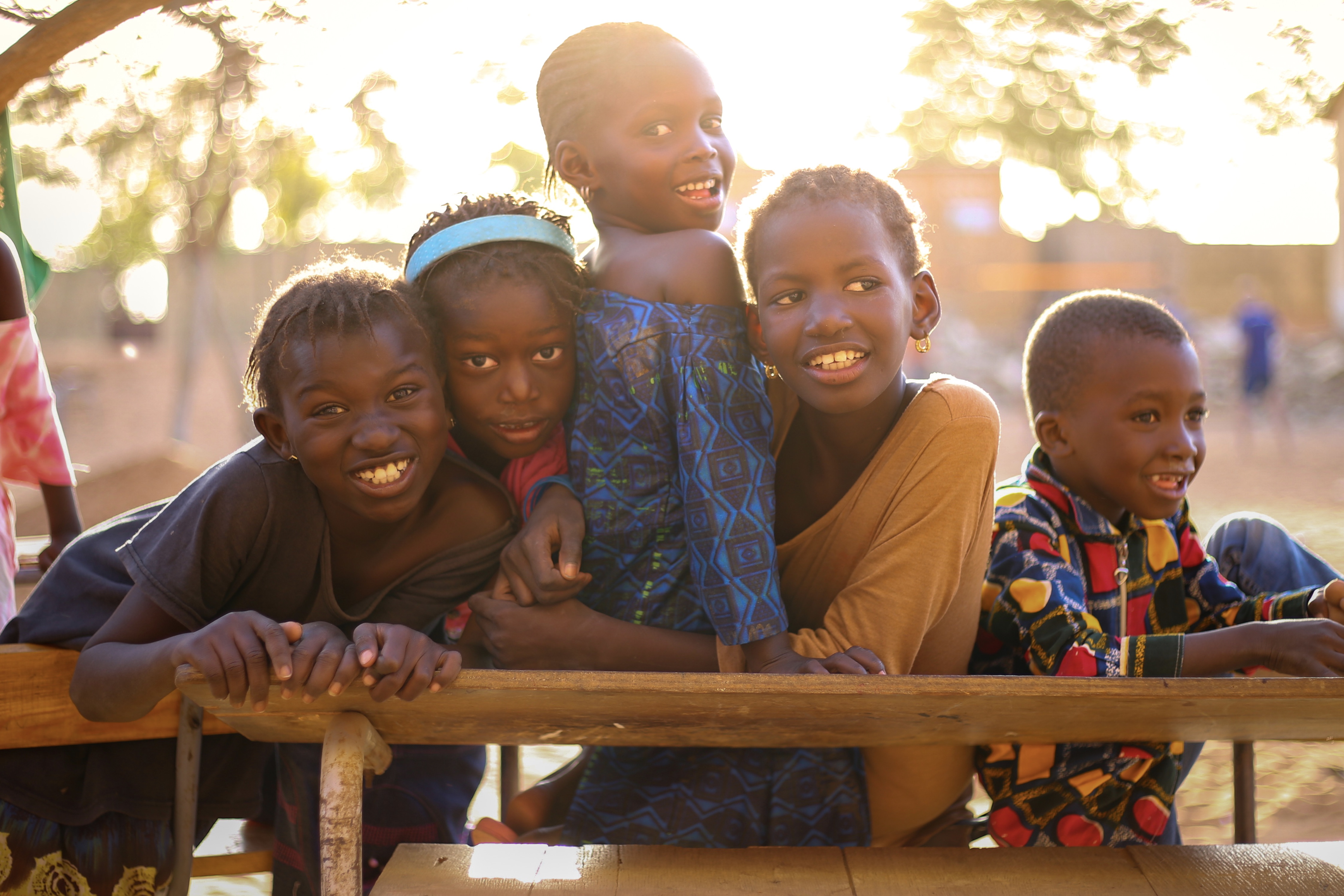