While there is no longer violent conflict in Kosovo, there is still mistrust among the many communities. These communities remain largely divided geographically, culturally and politically; the divides prevent many, and younger people in particular, from contemplating mutual efforts to build a shared social platform.

Women generally do sport in Kosovo, but few young women and girls play football. Those who do so face significant gender stereotyping, gender barriers and other issues including sexual harassment.

However, there is an opportunity to increase the number of young women and girls playing football in Kosovo. Sport is considered a driver of social change and community development and a tool for fostering peace and understanding. This project intends to demonstrate how football is a powerful instrument to strengthen social ties and promote peace, tolerance, solidarity and understanding, while increasing the number of women and girls actively involved in sport.

The Prishtina Girls’ Football Team project provides a safe platform for girls to play football and promotes gender equality. The main focus of the project is to increase the number of women and girls playing football, thereby facilitating trust and tolerance between the various ethnic communities in Kosovo. This is achieved by organising matches and tournaments, with women and girls from all communities playing in mixed teams, including those with disabilities and those from rural areas and living in SOS Kindergartens, together with players already registered with the team.

Training on the UEFA Child Safeguarding Policy will be given to physical education teachers and the project’s community coordinators.

The next step after setting up girls’ teams is to establish a primary school league in Prishtina in conjunction with the municipality department of sports. 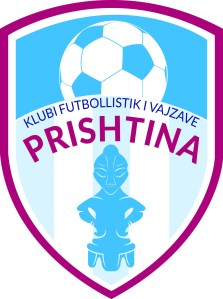