In partnership with Play for Change, the UEFA Foundation for Children supported the renovation of a sports centre located in the Sanità district of Naples, which provides an opportunity for disadvantaged children to access sport and educational activities, promoting inclusion and social engagement.

Rates of organised crime, unemployment and social exclusion are very high in this ethnically diverse district. More than 50% of youngsters drop out of school before the age of 16, ending up joining criminal gangs or groups of bored adolescents roaming the city and getting into trouble.

Sport is a catalyst for a cultural change and is used to impart the values of discipline, teamwork, fair play and commitment on children and teenagers in the hope that they are motivated to contribute to sustainable community development. The goal is to reduce the school drop-out and failure rates, inspire young people to pursue a career and prevent them from becoming involved with criminal gangs. Families and community members will encourage the positive change.

The first few months of the project, from March 2019 to July 2019, were spent renovating the sports centre, assessing the risks and beneficiaries and meeting with local stakeholders.

Since the outset of the project, efforts have been made to establish a network of local stakeholders. As a result, the project is supported by local communities, institutions and sports partners, which will ensure its economic and social sustainability.

The sports centre was inaugurated on 10 July 2019. An open day was held with , athletes, coaches and educators, during which the project was presented to the neighbourhood and sports activities were showcased to the 150 children in attendance.

The activities began in October 2019 and to date 91 children between the ages of have taken part, including:

More than 40 children were referred by the local network of social organisations, seven of whom have taken part in the project.

The rest of the participants live in the area and found out about the sports centre by word of mouth or through the public library.

GYMNASTICS: Two mixed-gender sessions are run for children aged 6 to 12. From January 2020, the sessions were divided into two groups. The first group comprises children aged 6 to 8 years, and the second those aged 9 to 12 years. The two groups train at the same time using different spaces in the gym. From January onwards, there was a marked improvement in terms of the behaviour and commitment of the participants.

KARATE: The activities have 37 participants, divided into two mixed groups. When necessary, training and activities are done as there are two instructors per group. At the beginning of 2020, two events for youngsters practising karate were held at the Champion Center sports hall in Scampia, another deprived area of Naples. The participants had the opportunity to train with other instructors and athletes.

FENCING: The course involved only seven children until the break for the Christmas holidays. In January, several children took part in a taster session, but decided not to register.

BABY GYM: The children who applied for the baby gym course have not yet taken part in the activities. Their parents have been contacted several times but, apart from the initial training session, it has not yet been possible to involve them continuously. Four of the children have dropped out entirely.

Recent developments and future plans (May 2020):

The last regular training session before the beginning of the Covid-19 lockdown was held on 13 March. Project activities cannot currently be held.

During the lockdown, training videos are being used to keep in touch with the parents and children The instructors prepared videos, personally or through a targeted internet search, to be shared on the parents' WhatsApp groups and the project's Facebook page so that participants can continue to train safely. Parents were asked to share short videos on the WhatsApp group so that the instructors could correct form. From an educational point of view, it was considered important to maintain contact with the children, albeit indirectly, for two reasons: to preserve the relationships established so far and to reiterate the importance of adhering to the government's safety directives.

A summer sports camp is being planned for July 2020. Subject to government directives, it will be possible to evaluate the activities that have been planned in collaboration with the other organisations present in the territory. An with children with disabilities or autism will be taking place with the participants’ carers or parents.

If the camp cannot go ahead, new courses will be held from September 2020 with new participants and in collaboration with third-party sports organisations. 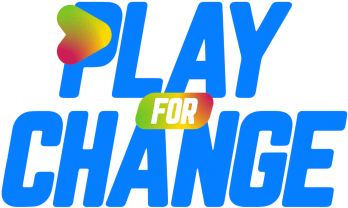