Turkey has taken important steps to integrate more than 3.6 million Syrian refugees. But the youth population – which represents at least half of that number – presents special challenges that have received insufficient attention. Syrian youth displaced to Turkey face enormous difficulties. Too many are not in school. Most are coping with anger, trauma and loss. Failure to meet the needs of this population today could feed tensions for years to come.

Şanlıurfa, is a case in point. The province’s original two million inhabitants already faced high levels of poverty, wide educational gaps and severe unemployment. Now, with over 450,000 Syrians, most of them young and traumatised, Şanlıurfa is unable to provide sufficient jobs, bring children to schools, and ensure social cohesion. So, promoting peaceful relations between Turkish and Syrian youngsters is a valuable investment for the future of both communities.

To that end, football and other sports can play an important role in alleviating the pain of those who have been displaced by conflicts, especially children. They are at risk every day, so it is important to provide them with a safe environment and organise activities that keep them busy, teach them life skills and build their resilience through football, while also ensuring they have the opportunity to stay children, play and enjoy pleasant moments.

The project targets several different groups and addresses their specific needs. As mentioned above, Şanlıurfa has a very young population and the city lacks recreational facilities for children and teenagers. The renovated school playgrounds will fill this important gap both for the children attending the schools and those living in the vicinity, for many years to come.

Secondly, under the project, physical education teachers in 100 schools in Şanlıurfa will be trained how to utilise sports and football as a tool for peace, integration and ultimately lasting social impact. This will lead to a whole new concept of physical education classes and potentially turn it into one of the cornerstones of social integration between Turkish and Syrian youngsters, while making teachers agents of change.

More specifically, the project will bring Turkish and Syrian boys and girls from disadvantaged backgrounds together for three football tournaments. These will be played in accordance with the football3 methodology, which promotes healthy competition among players and focuses on the acquisition of communication and problem-solving skills.

The project will also benefit male and female teenagers, as they will be involved as volunteers, coaches and mediators. Before their full involvement in the project, the volunteers will be trained to build human capacity and develop their skills and confidence so that they can also put these skills to good use in their own communities and projects.

Finally, the project will engage with parents, who are also a target group of the project. Through information sessions on the sidelines, the project will aim to increase parents’ awareness of the importance of good parenting and education for the well-being of their children.

The project’s overall goal is to use football as a tool for building peaceful coexistence between children while refurbishing infrastructure at schools in Şanlıurfa.

The project has five main components:

Pitches at ten schools in the three central districts of Şanlıurfa will be renovated so that children, whether attending the schools or simply living in the area, can benefit from these facilities and engage in sports activities that will promote peaceful coexistence and improve their life skills.

The schools will also be provided with PE materials, the football3 guidelines and training kits so that in all schools the activities can be carried out during PE classes in line with the football3 approach.

Mediators play a key role in successfully running the tournament component of the project. They prepare and facilitate football3 sessions, mediate any conflicts arising between the teams, and act as positive role models for the children. It is therefore important to train mediators who can explain football3 to players.

Three leagues will be set up. The first league is for 7–10 year-old boys, the second for 11–14 year-old boys, and the last for 9–13 year-old girls. All teams will involve both Turkish and Syrian students. They can be any children in Şanlıurfa, but priority will be given to more vulnerable ones: out of school, engaged in child labour, subject to bullying, etc. Each league will comprise 36 teams of six players. A total of 72 games will be played in each league to declare the champion.

These sessions may be held concurrently with the football games or separately. The purpose is to raise awareness of education, promote social cohesion, and introduce good parenting practices. 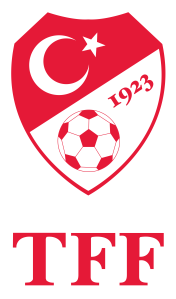