Autism and its characteristics are still a mystery to many people. This lack of knowledge can lead to a certain fear, or even intolerance, of people who are different.

Parents of autistic children still have trouble placing them in mainstream education. Education is not straightforward for children with autism who, when they become adults, find it hard to get a job, largely because most employers are not sufficiently aware of the specific characteristics of autism, which can be disconcerting.

Autisme Genève therefore decided to launch an awareness campaign entitled ‘La Vie en Bleu’. Blue is the colour of autism and it colours the existence of everyone connected to this developmental disorder. By participating in and organising events, and disseminating information, Autisme Genève seeks to engage with the public, inviting people to discover what ‘life in blue’ is like. It is a life that Autisme Genève committee member Elvira David-Coppex describes as rich and amazing, but also exhausting and frustrating because of the way people view those who are different. Now ten years old, Autisme Genève has launched an initiative to raise awareness of autism among the general public and make them more welcoming of people with autism.

The association has developed three key messages to raise awareness of autism:

The project aims to increase access to safe accommodation and social care in Ioannina and Thessaloníki by expanding its existing arrangements to make 400 beds available in northern Greece. The beneficiaries in Ioannina will have access to a large community centre, which will be the venue for cooking events, language classes, Greek film nights, discussion groups, arts and craft events and child-friendly spaces.

In this way, Terre des Hommes will be supporting vulnerable children with caregivers by providing them with accommodation, and giving older unaccompanied minors (males aged 16–17) somewhere where they can live independently.

Furthermore, the project will focus on psychological support for refugee children, young people and their parents by using games, structured creative work, informal learning, theatre, sport, music, reading and any other activities that will improve self-esteem, trust, cooperation, well-being, safety and life skills.

Since the start of 2018, Autisme Genève has released a video and an information brochure that are available to everyone.

In April, the focus was on sport with ‘La Vivicitta court en bleu pour l’autisme’, a mass-participation race involving hundreds of runners dressed in blue.

Autisme Genève was also chosen as one of the beneficiaries of the Match for Solidarity, organised by UEFA and the United Nations office in Geneva.

In May, a stand at the Geneva marathon enabled the association to reach out to thousands of people.

On 9 June 2018, the campaign was highlighted at the start of the Bol d’Or, when three boats sailed with the words ‘je navigue en bleu pour l’autisme’ (I’m sailing in blue for autism) on their sail.

The publicity spot for the ‘La Vie en Bleu’ campaign was shown at every screening during the Cinétransat festival. A special evening was also organised, for which all viewers were invited to wear blue.

On 14 September, Josef Schovanec, an autistic philosopher and writer, was welcomed by a crowd of 350 people at an autism conference in Geneva.  The following day, the screening of Sophie Robert’s film ‘Enfants autistes: bienvenus à l’école’ was followed by a debate about inclusive schools, which was attended by more than 100 people.

On 13 October, a scientific conference attended by 400 delegates heard from leading experts in the TEACCH approach, which focuses on the specific needs of people with autism.

2018 will end with the Escalade race, when Autisme Genève supporters will come together to form a huge blue wave of runners and walkers. 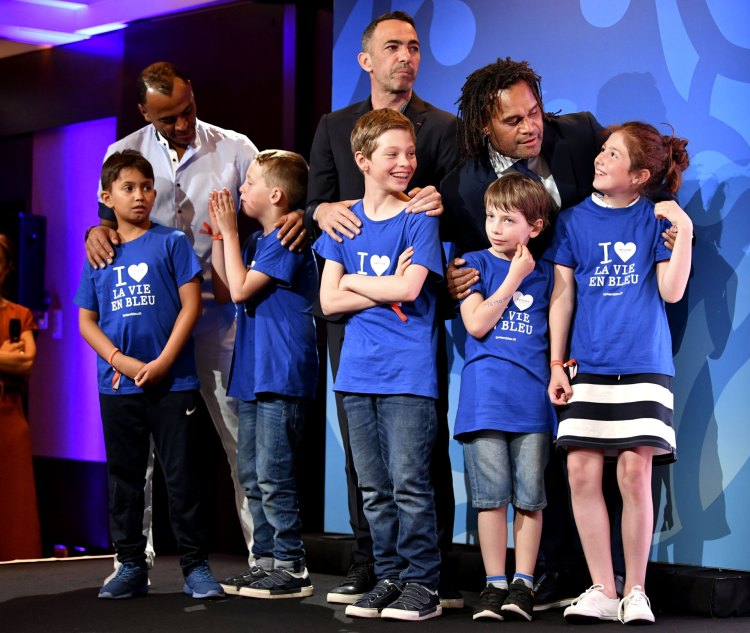