According to Argentina’s Observatory on Femicide, 124 girls were killed in the country between 2008 and 2013 (an average of around 21 a year). The majority of those killings were linked to gender-based violence among young unmarried couples or followed sexual abuse. Poor social status and a lack of access to leadership roles and economic opportunities are both linked to girls feeling powerless and increases in gender-based violence. The use of violence, intimidation and coercion against girls reinforces their subordinate status, takes power out of their hands and limits their opportunities and the decisions they can make for themselves. Early childhood and adolescence are critical periods for interventions aimed at ending this cycle, with football playing a key role in terms of helping Argentinian girls to develop the skills they need to stand up for their rights.

Through football, girls can take on leadership roles and tackle gender stereotypes. Football is a catalyst for the development of leadership skills, giving girls the opportunity to boost their self-esteem and courage. The ripple effects of their experience on the pitch can be observed in all aspects of their lives: footballers take the initiative, speak up and have the courage to take risks; and when they fall, they get back up again. Through football, girls learn to challenge socio-cultural norms and gender stereotypes, both at community level and in wider society. When girls play football, they transcend the limits that society places on them, acquiring skills that will allow them to do the same in other areas of life, such as education and the workplace.

The La Nuestra Football Club project will work with girls from Villa 31, a slum in Buenos Aires that is home to 14,000 girls. Outside their community, those girls are called by the derogatory name ‘villera’, and they face prejudice throughout the city. In addition to Argentinian girls who have moved (either with or without their families) from other parts of the country in search of a better life, Villa 31 is also home to girls from various other countries (including Paraguay, Bolivia, Venezuela and Peru). This project will use football as a means of empowering those girls and encouraging them to exercise their rights.

Through La Nuestra Football Club, Women Win and its local partner in Villa 31 will use football to develop life skills and empower socially deprived girls, while at the same time combating harmful gender stereotypes and their consequences (gender-based violence, gender pay gaps, lack of female political representation, lack of universal access to sexual and reproductive health and rights, etc.). 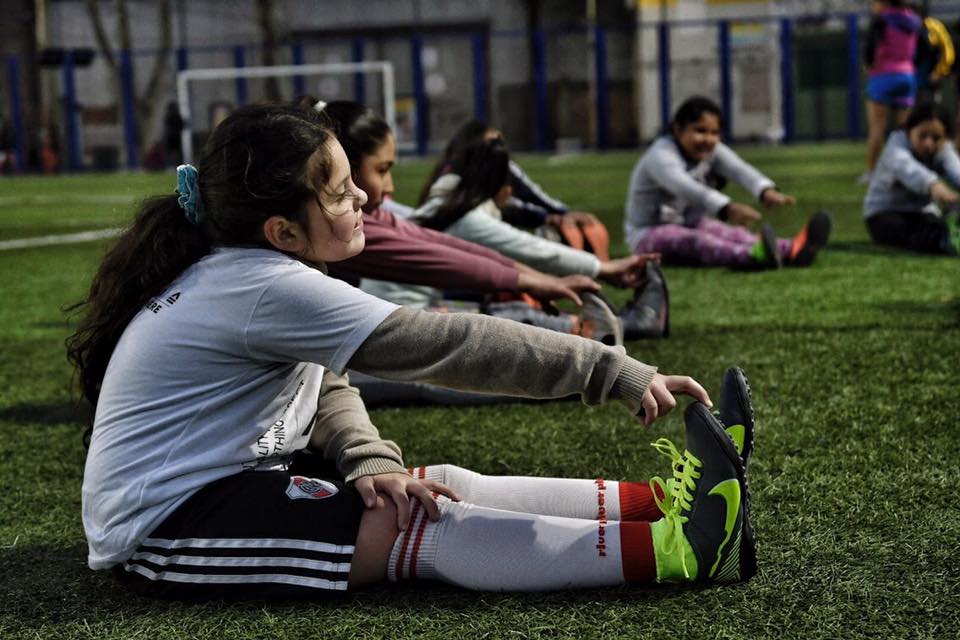 The La Nuestra Football Club project will use a curriculum in which football drills and matches are intertwined with the teaching of life skills. The girls will play football and have fun, while at the same time boosting their self-esteem and confidence, developing leadership skills, learning about health matters and the environment, and becoming financially literate.

Many of the female coaches working with the local partner are former professional footballers or have coaching qualifications. Women Win will provide the local partner with technical support and other institution strengthening assistance (including training aimed specifically at female coaches) in order to help it become a national point of reference for gender equality and football in Argentina.

By the end of the third year, it is expected that: