The African Black’n Blue project will run primarily in four sub-Saharan countries, with the involvement of Italy through its coordinating partner Inter Futura.

The country's population is growing rapidly and is expected to double to over 47 million by 2060.

The urban social situation is challenging. Structural development has not kept pace with the growth of the population, and poverty has contributed to an increase in juvenile crime. In addition, Angola received just over 12,000 refugees and around 3,000 asylum seekers at the end of 2007, the vast majority from the Democratic Republic of the Congo.

Angola’s health situation is critical. In 2005, the estimated life expectancy was just 43 years and infant mortality was estimated to be the highest in the world, at a rate of 187.49 deaths per 1,000 live births.

Against this backdrop, sports activities play a preventive and developmental role in at-risk groups of children.

Democratic Republic of the Congo

The Democratic Republic of the Congo (DRC) continues to suffer from a particularly unstable climate. The west of the country is affected by violent demonstrations, while the provinces of North and South Kivu are affected by persistent fighting among non-governmental militia composed of former soldiers and tribal groups.

However, malnutrition and the collapse of the health structure are the main causes of death. The population increased fivefold in the latter half of the 20th century, from 16.5 million in the 1960s to 80 million today (United States Census Bureau). Ten-year population growth forecasts indicate an increase to 100 million by 2025. The infant mortality rate is 54 deaths per 1,000 live births.

Cameroon has 25 million inhabitants with the urban population at 60%. The country is divided into 8 main ethnic groups (Cameroon Highlanders, Equatorial Bantu, Kirdi, Fulani, North-western Bantu, Eastern Nigritic, other African and non-African) with 250 subgroups and a linguistic division between the French-speaking majority (80%) and the English-speaking minority (20%). The country is at high risk of civil war. In addition, there are currently 300,000 refugees from the Central African Republic and Nigeria. 50–55% of the population lives below the poverty line, the quality of healthcare is insufficient and life expectancy is low.

These social challenges prompted Inter Futura, in collaboration with a local partner, to set up a project that emphasises ethnic integration using football as an educational tool for peace in a country where football is considered almost a religion by many.

Uganda continues to experience the aftermath of the civil war. Many crimes against humanity have been committed, including the slavery of children. The conflict in northern Uganda has killed thousands and displaced millions more. The Ugandan public sector is considered one of the most corrupt in the world and the country’s literacy rate stands at 68%.

Uganda is one of the poorest countries in the world. In 2012, 37.8% of the population lived on less than $1.25 a day. Despite making huge strides in reducing the incidence of poverty across the country, poverty remains deeply entrenched in rural areas, where 84% of the population live. People in rural Uganda depend on agriculture as their main source of income, with 90% of all rural women working in the agricultural sector. In addition to agricultural work, rural women are responsible for looking after their families – preparing food and clothing, fetching water and firewood, and caring for the elderly, sick and orphans. They work an average of 15 hours a day compared to men, who work between 8 and 10 hours.

Gender inequality is the main obstacle to reducing poverty among women. Women are submissive to men, which reduces their power to act independently, participate in community life, learn and escape domestic violence.

Children living in these areas are also underprivileged according to all United Nations health parameters:

With regard to their physical health, the majority of children are underdeveloped from a physical and nutritional point of view. This is certainly linked to food shortages, both from a qualitative and quantitative point of view. In addition, drinking water is very poor and often polluted. Data is equal across age groups (6 to 14 years) and genders.

The main psychological health problems encountered are low self-esteem and self-awareness linked to difficult family situations and poverty, low tolerance to frustration, hostile behaviours, and high levels of anxiety due to a lack of caregivers or parents.

With regard to their social health, children have problems building relationships and violent verbal and physical behaviours are common. Children suffer from low levels of empathy, which is key to maintaining social relationships.

Inter Futura operates the Inter Campus project in 30 countries around the world, helping thousands of children and 200 local coaches every year. Inter Campus is present in the four above countries in two ways:

Inter Campus has developed a theoretical and practical didactic methodology to help its local social partners better achieve their specific goals through continuous sports activities with children (boys and girls) from 6 to 13 years. Inter Campus uses football as a tool to develop not only the children’s motor skills, but also the social, cognitive and emotional aspects of their behaviour. Sports is a means to promote education, health, development and peace.

African Black’n Blue: developing children’s resilience through education and football aims to promote knowledge exchange between the various actors, giving groups of local representatives the opportunity to meet each other and share their personal experiences. Through a number of travelling seminars, benefiting from the specific knowledge of every local partner and the social methodology Inter Campus has been using for many years, a boost will be given to local coaches’ skills and children’s personality development.

Despite a tough overall situation, one to three priority issues have been identified for each country:

The project’s goal is to help socially deprived children combat the problems they encounter in their everyday lives. This may be violence, poor sanitary conditions or nutritional deficiencies affecting their physical development. Working on and off the pitch, with a good network of partners and strong support from its local partners, Inter Campus hopes to alleviate these difficult conditions and create a virtuous circle from which future generations can benefit.

Inter Campus also pledges to respect the ten fundamental values and principles set out in the UN Global Compact and to promote sustainable solutions.

The project aims to:

The direct beneficiaries of the project will be the local trainers involved in the staff exchanges (12). They will also be responsible for passing on the knowledge gained during the transnational meetings to their local colleagues (60) not having participated in these meetings. The indirect beneficiaries will be the boys and girls of Inter Campus Angola, Cameroon, Congo and Uganda, aged 6 to 13 years.

The number of children expected to indirectly benefit is 1,500, broken down as follows: 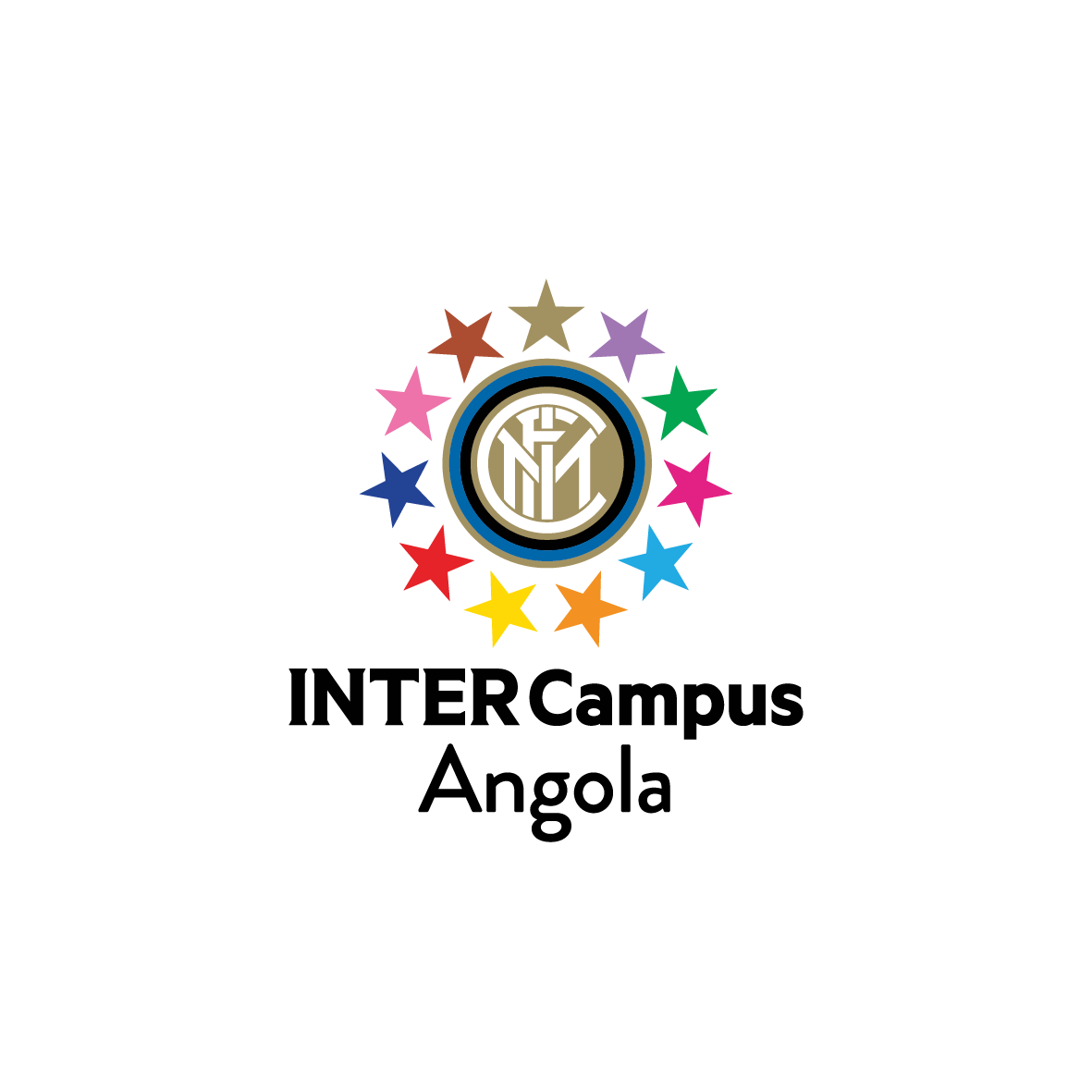 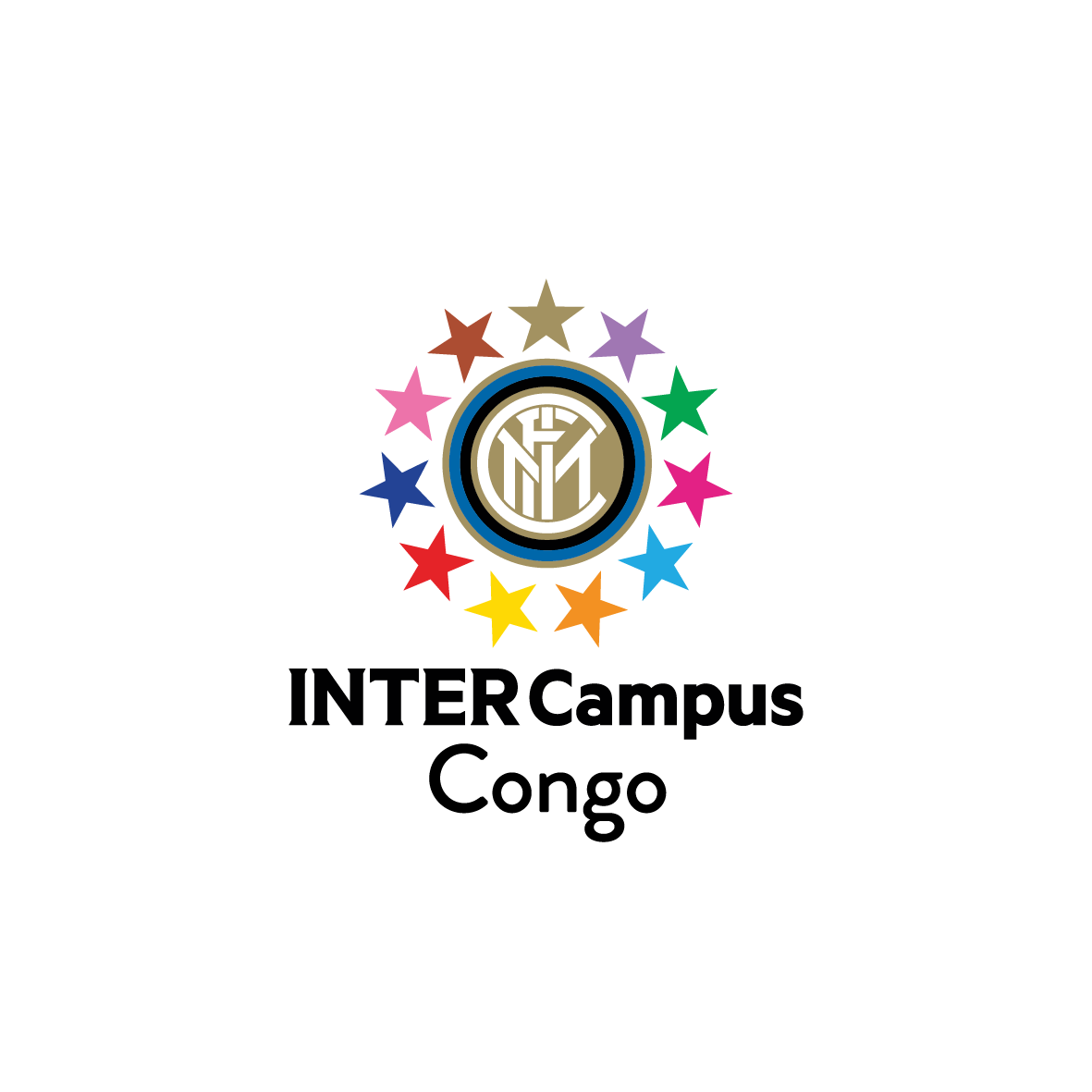 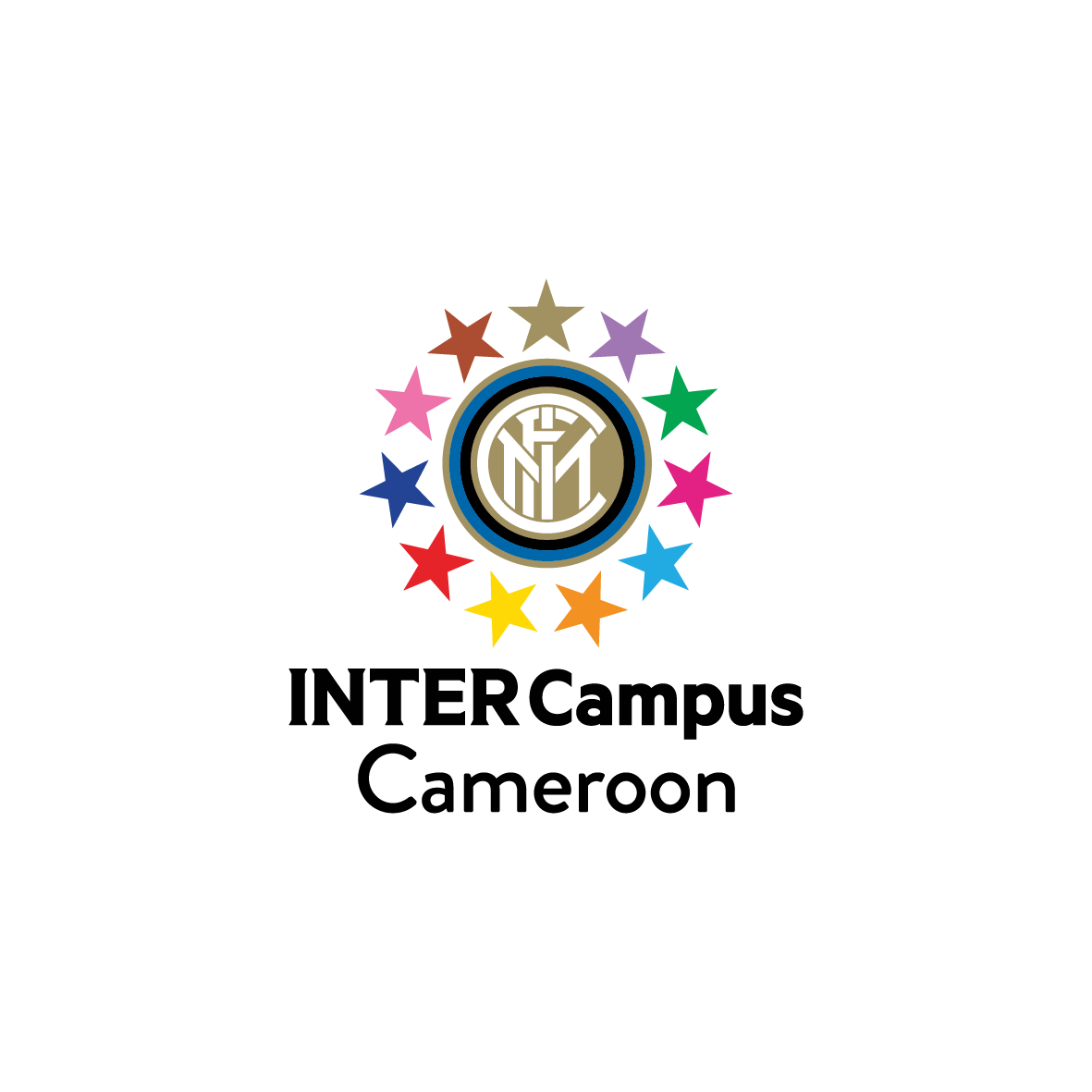 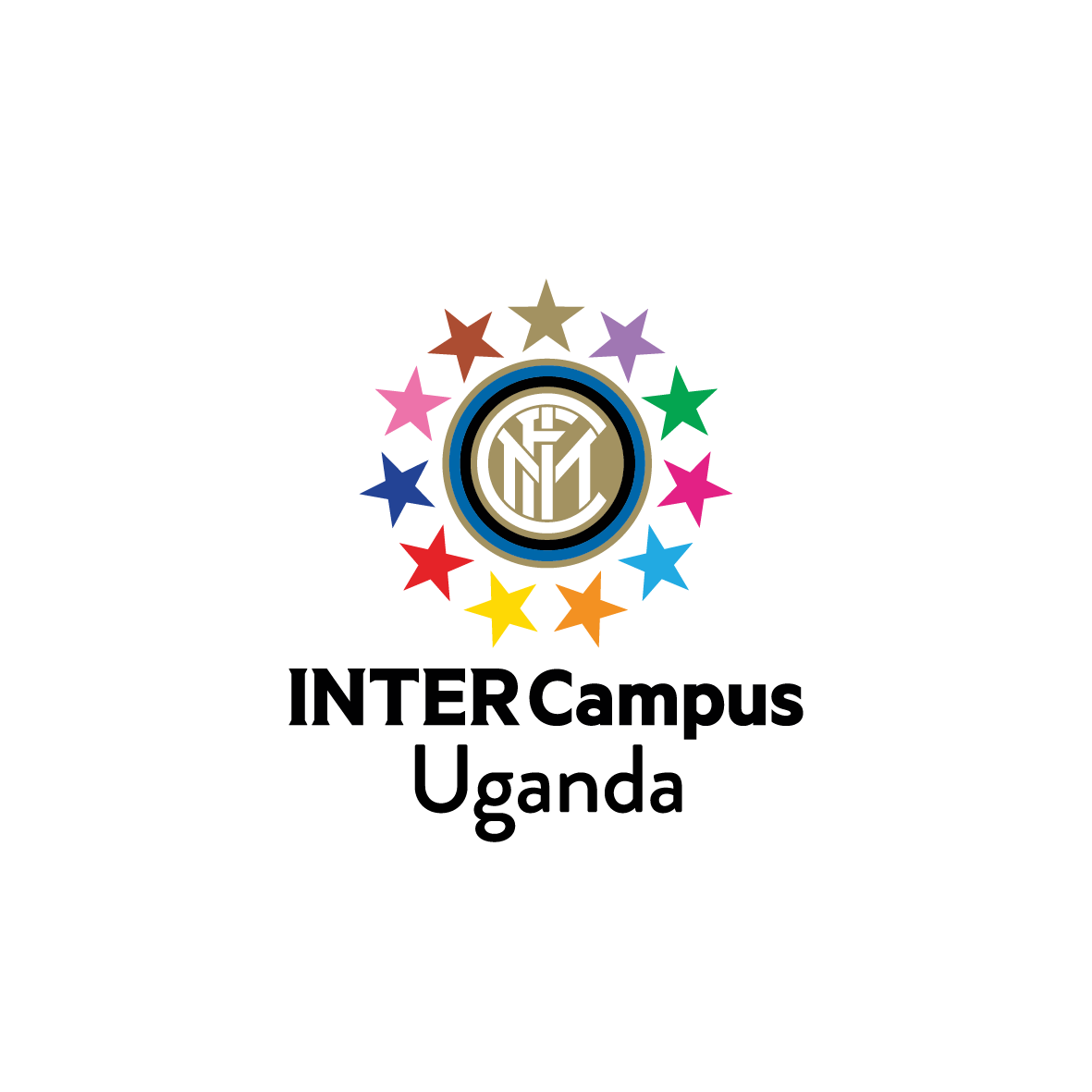