Hanya Mirzai is 20 years old, originally from Iran and loves football and until recently had never been inside a stadium.

Hanya Mirzai is 20 years old, originally from Iran and had never been inside a football stadium until the UEFA Foundation and its partner organisation in Budapest, Oltalom, secured her tickets for the 2020 UEFA Super Cup match between FC Bayern München and Sevilla at the brand-new, 68,000-seater Puskás Arena.

In an open, honest interview, Hanya talks about her experience growing up in Iran and Iraq, how it was to be inside the stadium, her favourite moment from the match and what her hopes are for the future.

When did you arrive in Hungary and start playing football?

I left Iran when I was four years old and we went to Iraq. I used to have a lot of friends that were male and older than me. They used to play football but not let me join them, because I was small and only five years old. I didn’t have a team there, but I just used to play with my friends in the street.

I moved to Hungary when I was 16 years old and I started playing football for a team as I was obsessed with football.

I have a Hungarian teacher who saw my huge interest in football, and he organised for me to join a team. It really helped me settle as I didn’t know the language and all my team-mates were Hungarian. It was hard, but I really enjoyed myself there. Football is something that makes me feel powerful.

How did you feel attending your first match?

I felt special, but really males and females are equal – there is no reason why females cannot enjoy a football match. There is no difference between me or a guy watching a game.

I was watching with female team-mates and my female coach, but there were some other guys and girls around us and we are all equal. There is nothing wrong with girls being inside a stadium. In fact, one girls’ team sitting near us were really into the game more than the guys!

"It showed me that you don’t have to be a male to enjoy a football match. I really hope that females in Iran and Iraq can watch and play football more freely; right now, females need to be hidden when they play – they cannot even play in a public place which is very sad".

How did it feel going into the stadium for the first time?

I was so excited. I was shaking. It was a little bit scary in the beginning. When I first saw the stadium – it was a little frightening as I saw people sitting from the bottom to the top and the top is so high! I was thinking, ‘Wow, I hope they don’t fall!’

We were sitting quite close to the pitch in the corner, so I was also a little afraid thinking that the ball might come to me in the stands and hit me, but luckily it didn’t happen!

Overall, it was amazing. I always watch matches on television, but this really was another experience to be there and see the match live. Everything seemed so small compared to on television where everything looks so big! I really enjoyed the match a lot.

Did it feel strange that the stadium wasn’t completely full?

It felt a bit strange, but it still felt like there were a lot of people in the stadium. In the end, it was just perfect. Everything that I wanted to see; I saw. Even seeing all the players – it made me realise they are just people like us!

What was your favourite moment in the match?

There were many things, but one thing that really stays with me and which took my attention was seeing the Sevilla players going over to their fans to thank them, celebrating together at the end of the match, even after they lost.

They were cheering and celebrating, and this was all whilst the Bayern players were celebrating their victory and jumping on the stage.

Based on your experience of attending this match, would you like to go and watch some more live football?

Yes. I would really like to get some tickets for the upcoming match of the Hungarian team, Ferencváros. They are playing in the Champions League against Dinamo Kyiv and Juventus. However, the Hungarian team have a lot of fans, so maybe it won’t be that easy to get tickets. But when there are tickets available, I will be the first person buying, for sure!

"Everything was so special to me. I will treasure the memories forever. Seeing the Sevilla players and coaches and staff at the end still celebrating together with their fans was special.

"It showed me that winning doesn’t have to be the focus. When you lose, you don’t have to give up. You can go again! They can still be proud as they played well."

Hanya is a member of the Oltalom sport association in Budapest, which helps youngsters to shape their lives using sport and by providing social benefits such as helping them to find work. Drawings from two young Hungarian boys, Eric and Joci, featured on the official UEFA Super Cup match ball. Eric and Joci are also part of the Oltalom sport association. 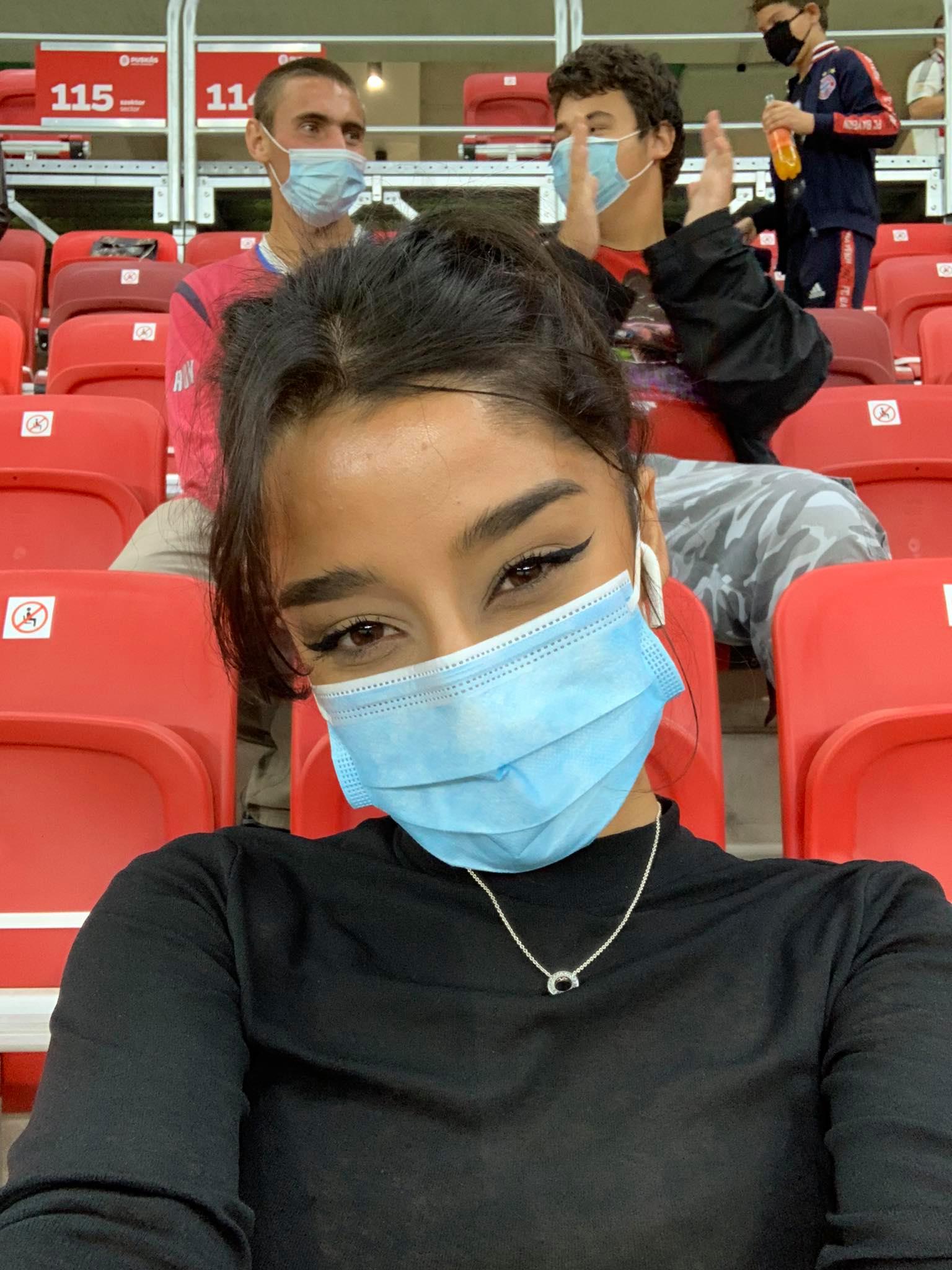