UEFA Champions League partner Gazprom has sponsored a football pitch for the benefit of 1,000 school children in partnership with the UEFA Foundation for Children.

Over a thousand children in Bavanište have been given a lasting footballing legacy following the donation of a pitch by UEFA Champions League partner Gazprom. The initiative is backed by the UEFA Foundation for Children, while ‘Football Friends’, a local charity and partner of streetfootballworld, helped to select the location.

The ‘field in a box’ pitch was built at the Bora Radić primary school in Bavanište, a village about 40km east of Belgrade. Football Friends will be responsible for maintenance while also coordinating training sessions to ensure the local children get the best possible footballing education.

“We welcome Gazprom’s move to join the football-for-good movement and together we look forward to improving the lives of children and empowering them through football,” said the UEFA president and chairman of the foundation’s board of trustees, Aleksander Čeferin. “More than ever, during this sanitarian crisis, it is important to enable school children to exercise regularly, give them hope and raise their spirits.”

As part of the handover, an exhibition match was held to inaugurate the new pitch, with mixed teams of boys and girls playing in the ‘Football Friends’ league.

“Gazprom supports youth sports and a healthy lifestyle,” said Aleksey Miller, the chairman of the Gazprom management committee. “We believe in the importance of children’s football development and hope that, through our support for the field in a box project, more youngsters will have the opportunity to join the football community.”

Launched in 2015, the UEFA Foundation for Children uses football as a springboard to empower children around the world. This is achieved through sporting and educational projects that give children a safe place to learn and play, which ultimately improves their long-term prospects. So far, we supported 275 projects in 109 countries across six continents. This has benefited almost 1.2 million children, while an impressive 32 football pitches have been built throughout the world with the help of the UEFA Foundation. 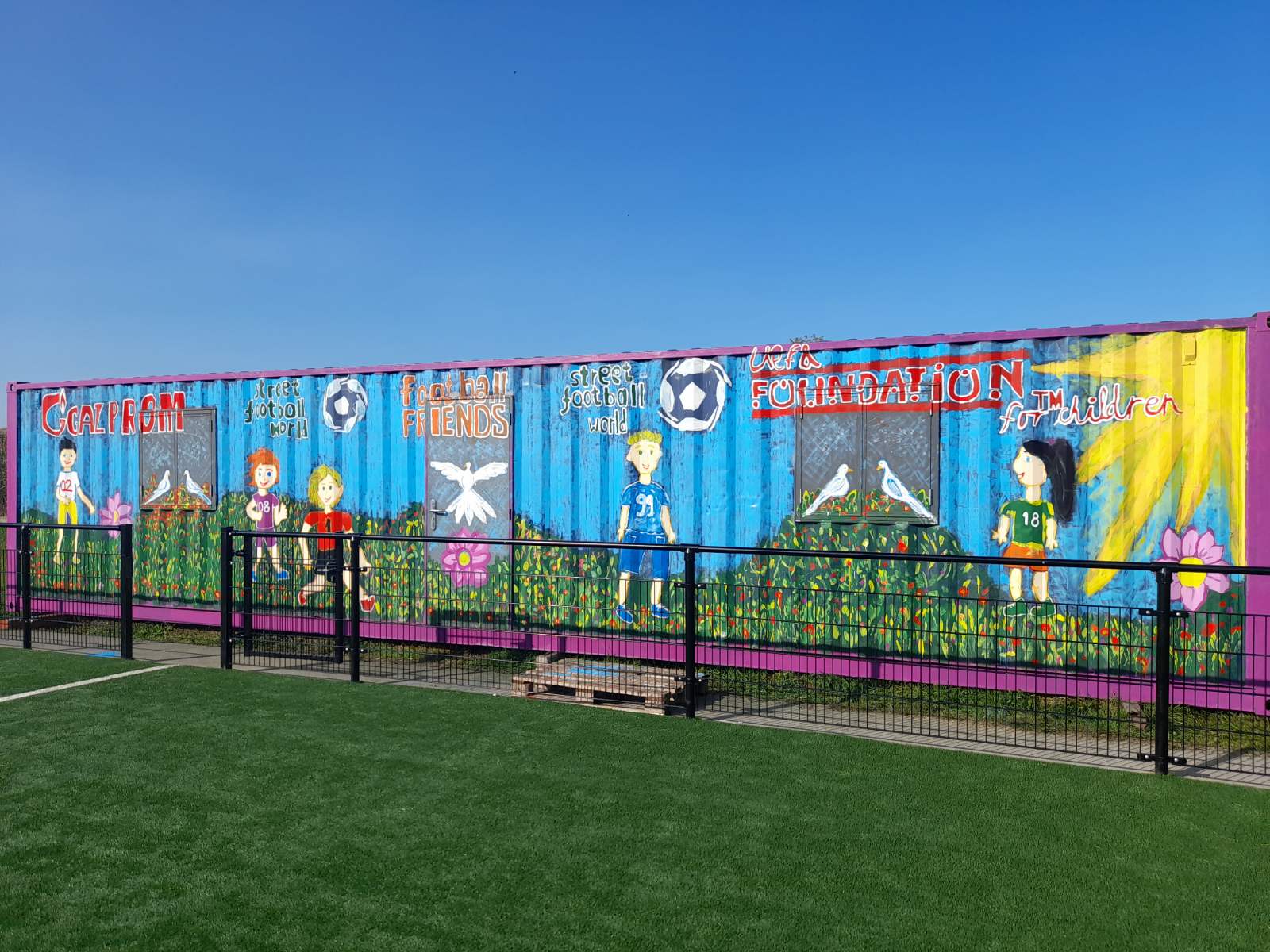 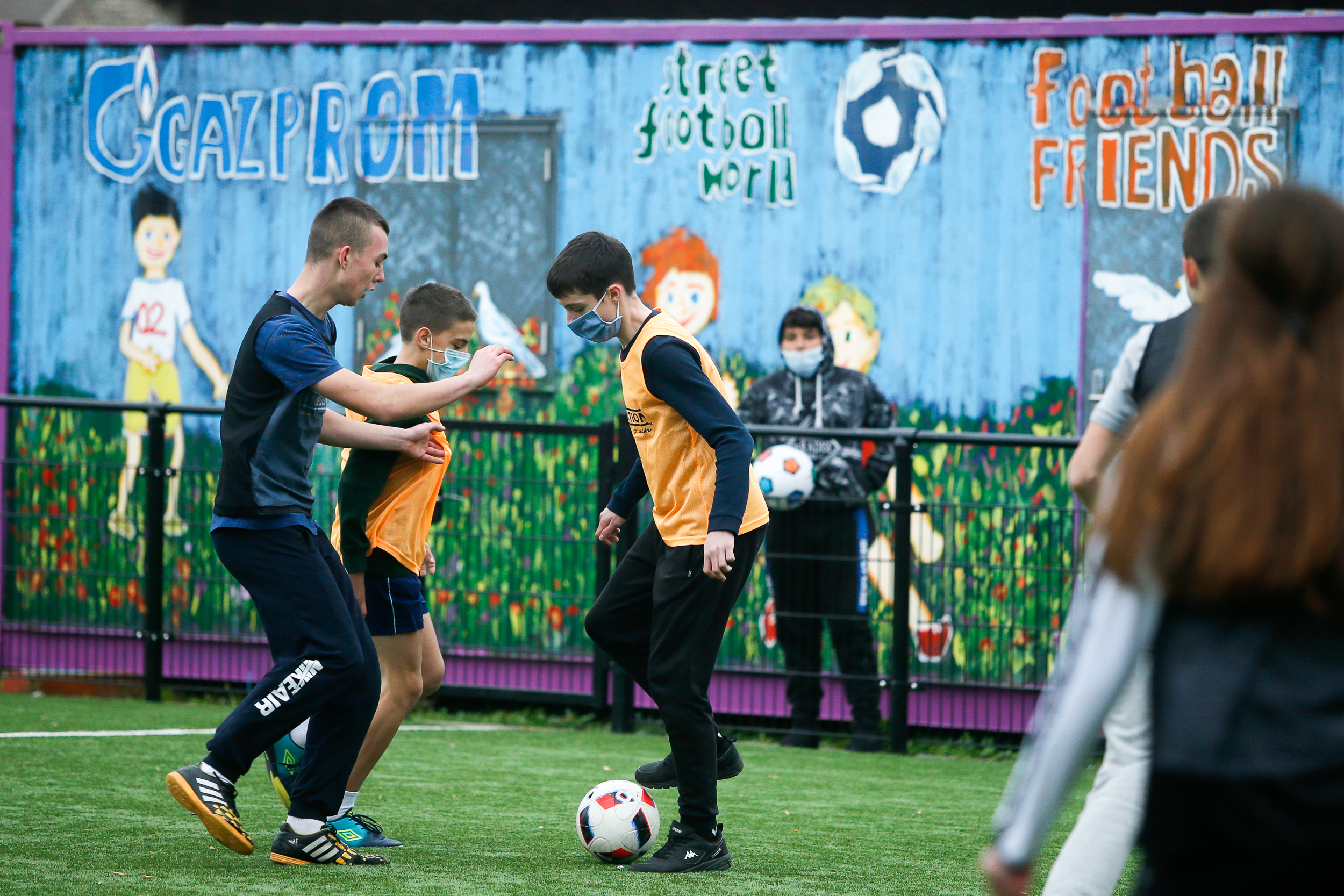 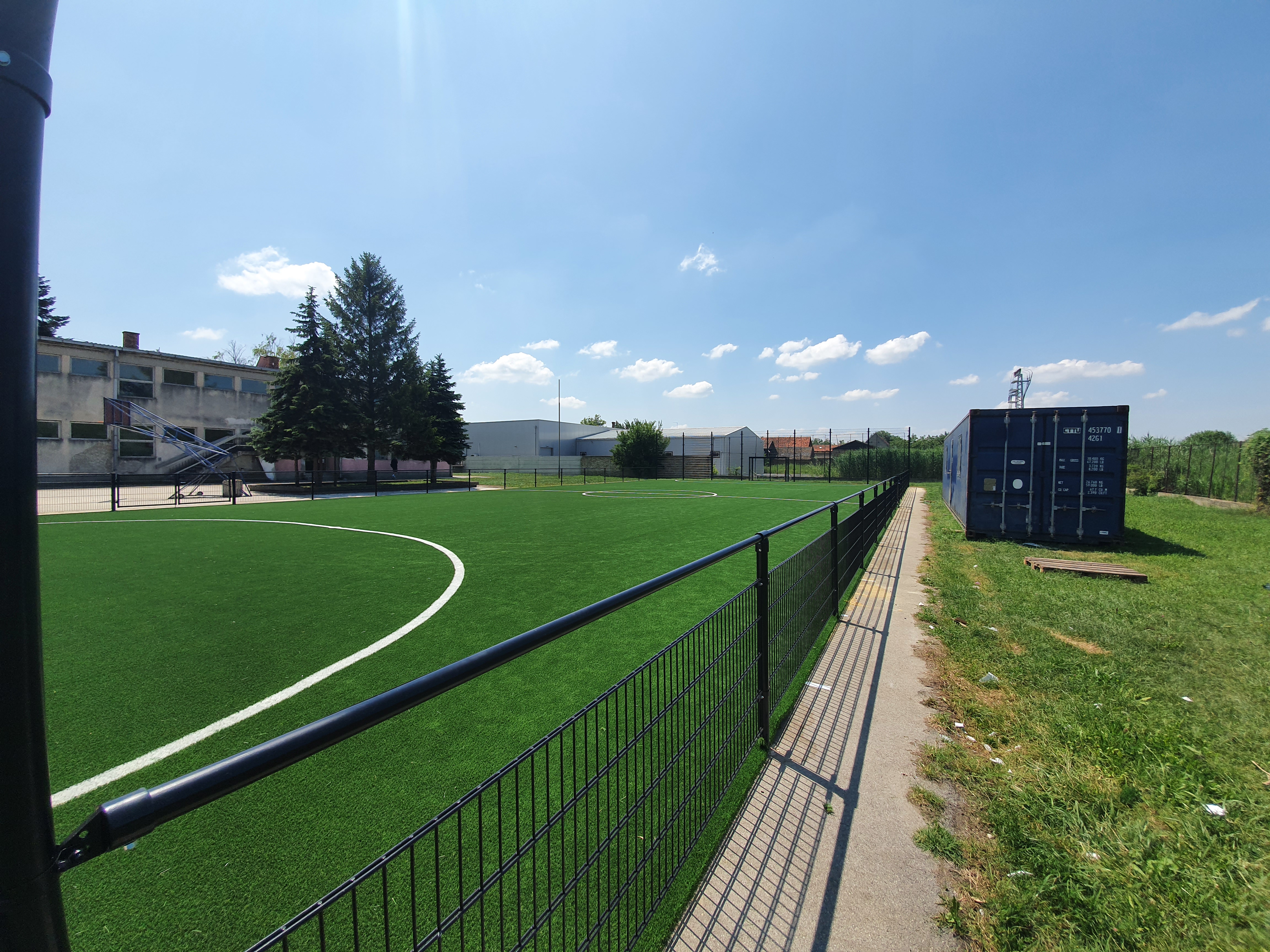 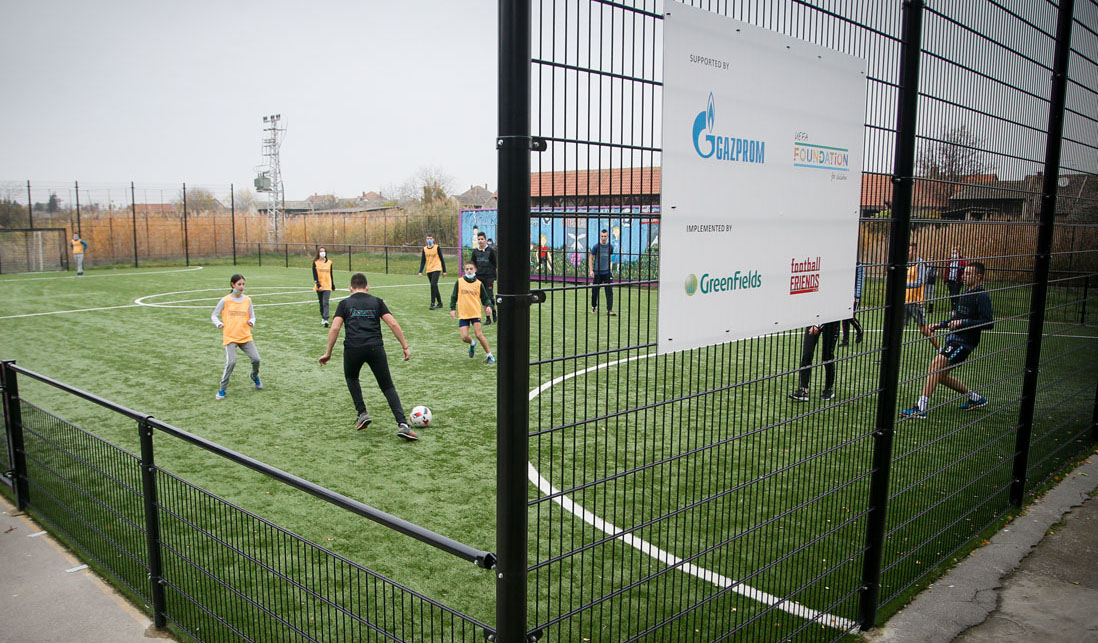