Children’s drawings from ten UEFA Foundation for Children projects, will feature in the design of the 2020 UEFA Super Cup match ball, including designs from two children from the Lithuanian capital.

This season’s UEFA Champions League and UEFA Europa League winners will play the annual UEFA Super Cup match at the Puskás Aréna in Budapest, Hungary on 24 September at 21:00 CET with a special match ball featuring a series of children’s drawings integrated into the ball’s design.

Drawings by Lithuanian youngsters Germanas and Laimonas will appear on the ball. The pair attend free football training at the Vilnius social club, an organisation that aims to change people’s lives for the better. The pair have certainly benefited from their experiences and their love for football has grown even stronger.

“In my drawing you can see the heart and word football inside,” said 10-year-old Laimonas. “I just wanted to express my love to football, I really like it. I feel happy when I play football. What do I like the most? I like to dribble past defenders.”

“I like Vilnius social club football trainings. I just like to spend my time with the ball: to roll it, to juggle it or to play football,” mentioned Germanas, who is 11-years-old. “I painted myself – a football player who scores the goal. I drew this because this is my dream. I have never scored a goal, but I know that my dream will come true soon.”

The drawings are the work of 18 children with different backgrounds from ten European organisations who work together with the UEFA Foundation for Children and were selected by the chairman of the foundation’s board, UEFA President Aleksander Čeferin.

“I’m sure that the children will be thrilled to see their drawings on the Super Cup match ball and to know that stars of our game will be scoring goals with it,” said the UEFA President.

“These young people know the work of the UEFA Foundation and I am proud that they want to be part of one of UEFA’s showpiece events.”

“It was inspiring to see all these excellent drawings and hear the stories of the children. I hope that the joy they feel because their artwork is on the ball for such an important match will motivate them not only to play football but also to follow their dreams.”

Children from across the continent were encouraged to submit drawings showing what football meant to them in a contest organised by the foundation together with its ten partner organisations. Mr Čeferin chose the 18 drawings from a portfolio of more than 200 contributions.

Leading up to the UEFA Super Cup match at Porto’s Estádio do Dragão in August, the UEFA Foundation for Children will tell the stories of the 18 children on the Instagram channels uefa_foundation and @UEFA_official.

I just wanted to express my love to football, I really like it. I feel happy when I play football. - Laimonas, 10. 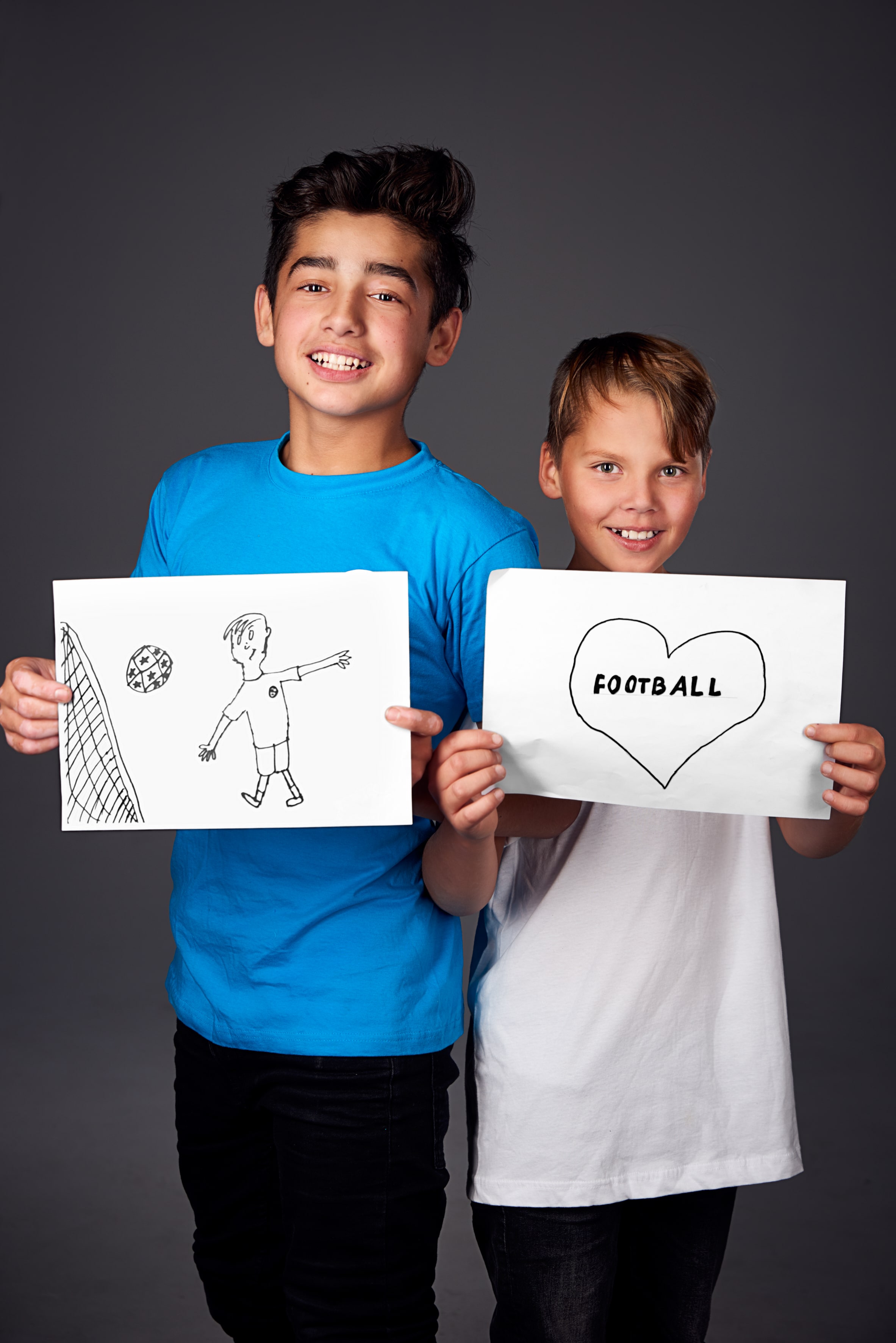