On 21 April, UEFA and the United Nations Office at Geneva joined forces to stage the Match for Solidarity charity football match.

The match, held at the Stade de Genève in glorious sunshine, proved to be extremely popular, with 23,654 fans turning up to watch Figo’s team triumph 4–3 in an almost sold-out stadium. The overriding aim of the event was to promote peace, human rights and well-being across the world through the the Sustainable Development Goals as set out by the United Nations. 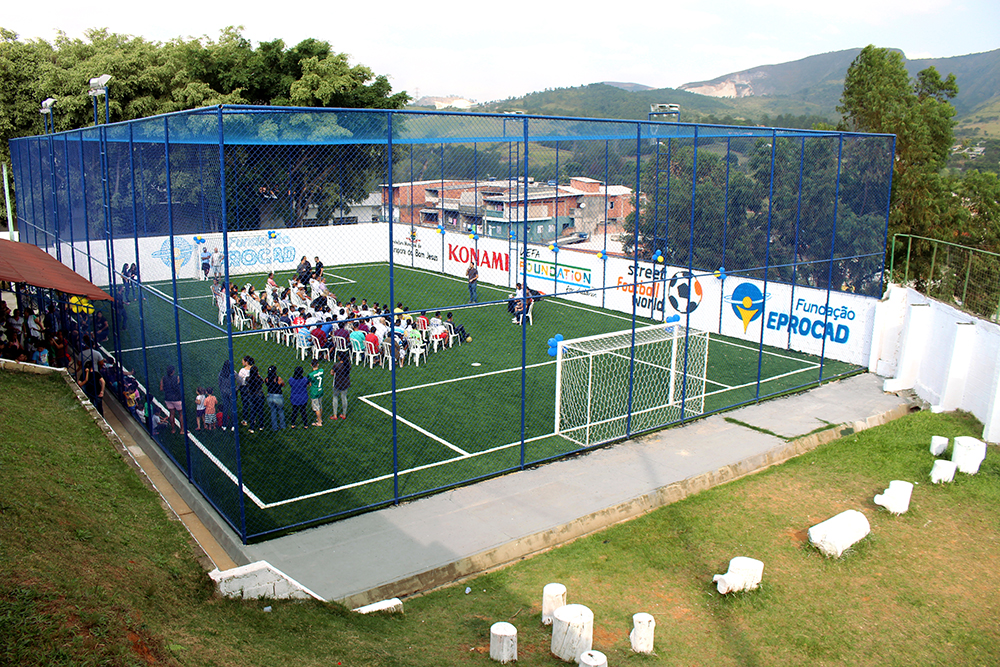 The UEFA Foundation for Children has been running its Field in a Box project since 2016 with the aim of providing enclosed, fully functional artificial football pitches to impoverished communities. These pitches are environmentally sustainable and quick to install.

Konami Holdings Corporation the UEFA Champions League sponsor – was willing to work with the UEFA Foundation for Children and take the Field in a Box concept to Brazil. The global not-for-profit network streetfootballworld helped Konami to identify the location for its pitch – in Pirapora do Bom Jesus, on the outskirts of Sao Paulo – and the local charity Fundação EPROCAD to maintain the pitch and ensure its sustainable use. 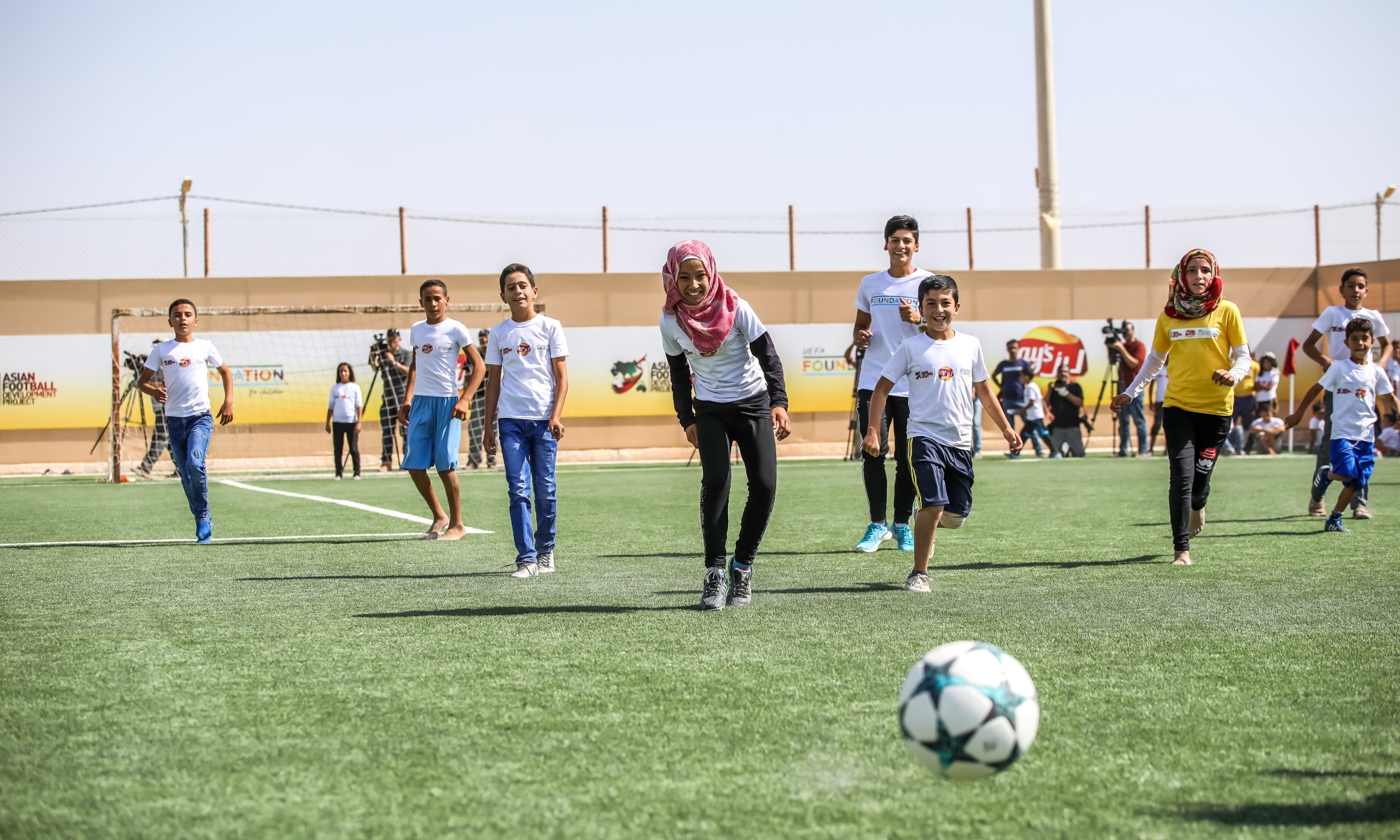 Lay’s, the UEFA Foundation for Children and the Asian Football Development Project (AFDP) have joined together to install a new artificial football pitch in the Za’atari refugee camp in northern Jordan.

“It’s a wonderful feeling to see how something as simple as a football pitch can bring so much joy and happiness. Football has the ability to inspire, unite and also teach children important life skills and values, such as teamwork and respect,” said the UEFA president Aleksander Ceferin, on the occasion of the official inauguration that took place on 12th September 2017. 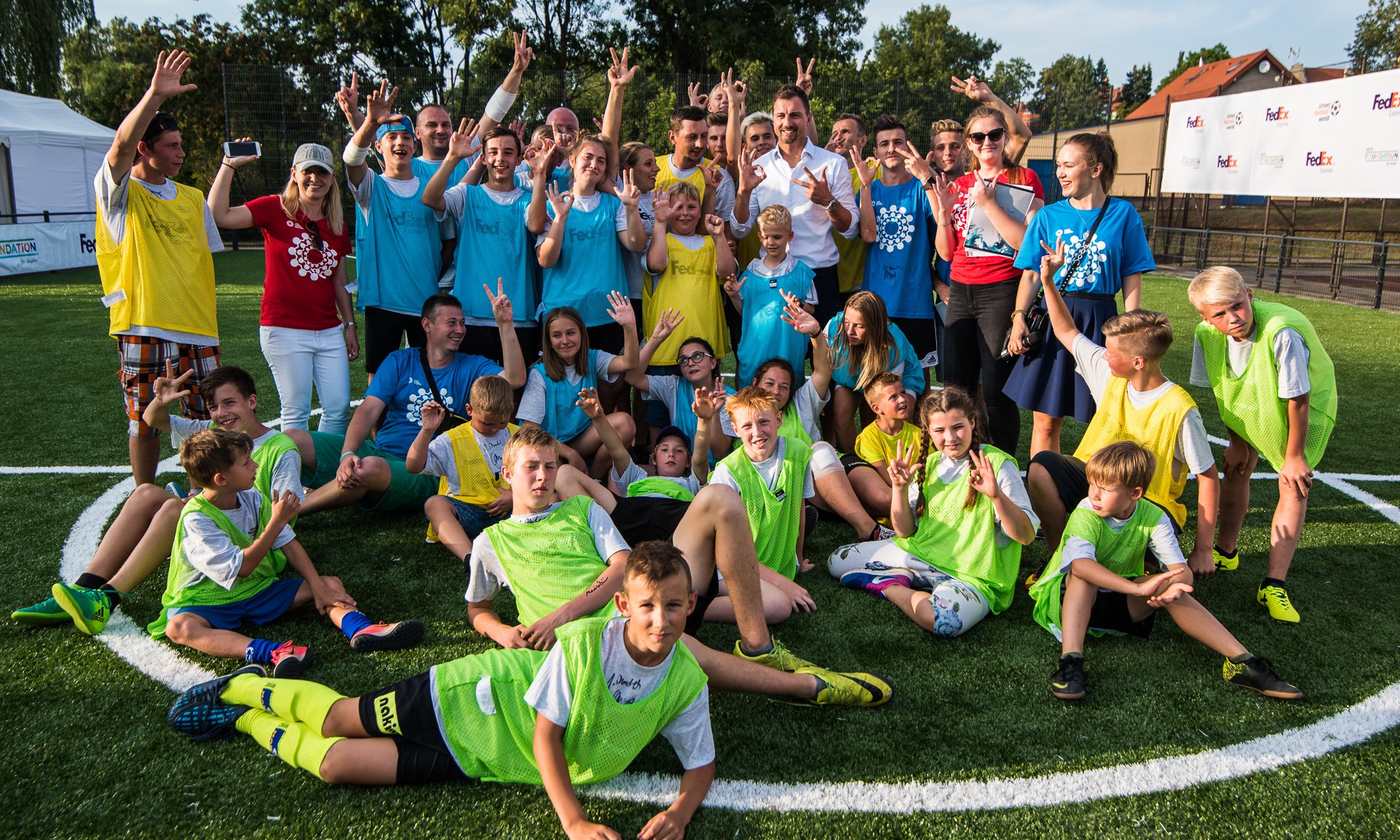 UEFA foundation welcomes continued collaboration with FedEx and celebrates the inauguration of a second community pitch in Mragowo – Poland.

“The decision to build this football field in Mrągowo has already elevated the aspirations of people here. The pitch will be greatly beneficial in terms of community development, helping to integrate the people of Mrągowo with their neighbours and the municipality, and encouraging independence. Our aim for this pitch – to become a football3 training facility—means the pitch will not just benefit young people who use it, but also allow the teaching of football3 to spread beyond Mrągowo and have a broader impact in Poland,” said Arkadiusz Kamil Mierkowski, MSIS. 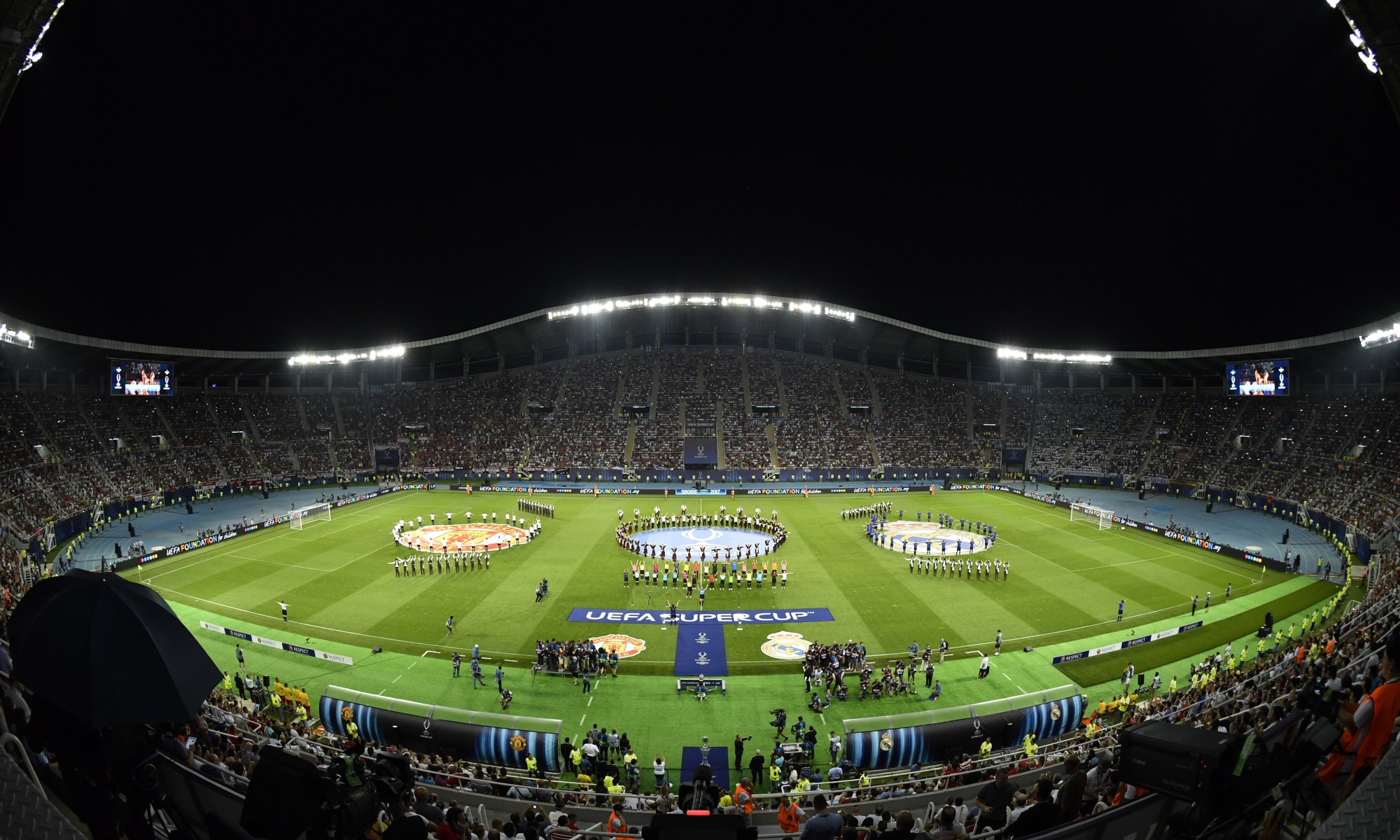 Thanks to superb cooperation between UEFA and the UEFA Foundation for Children, 19 hard-of-hearing young people from Skopje were given the opportunity to perform Coldplay’s A Sky Full of Stars at the opening ceremony of the UEFA Super Cup, sending out a strong message of integration, respect and solidarity.

Days and days of rehearsals went into preparing to show millions of people how the world of football should be for everyone.

Yesterday I was shaking, my heart was beating; I wanted it to be our best performance. I’m very happy that such a nice thing happened to all of us. Serpil Demirova (17) 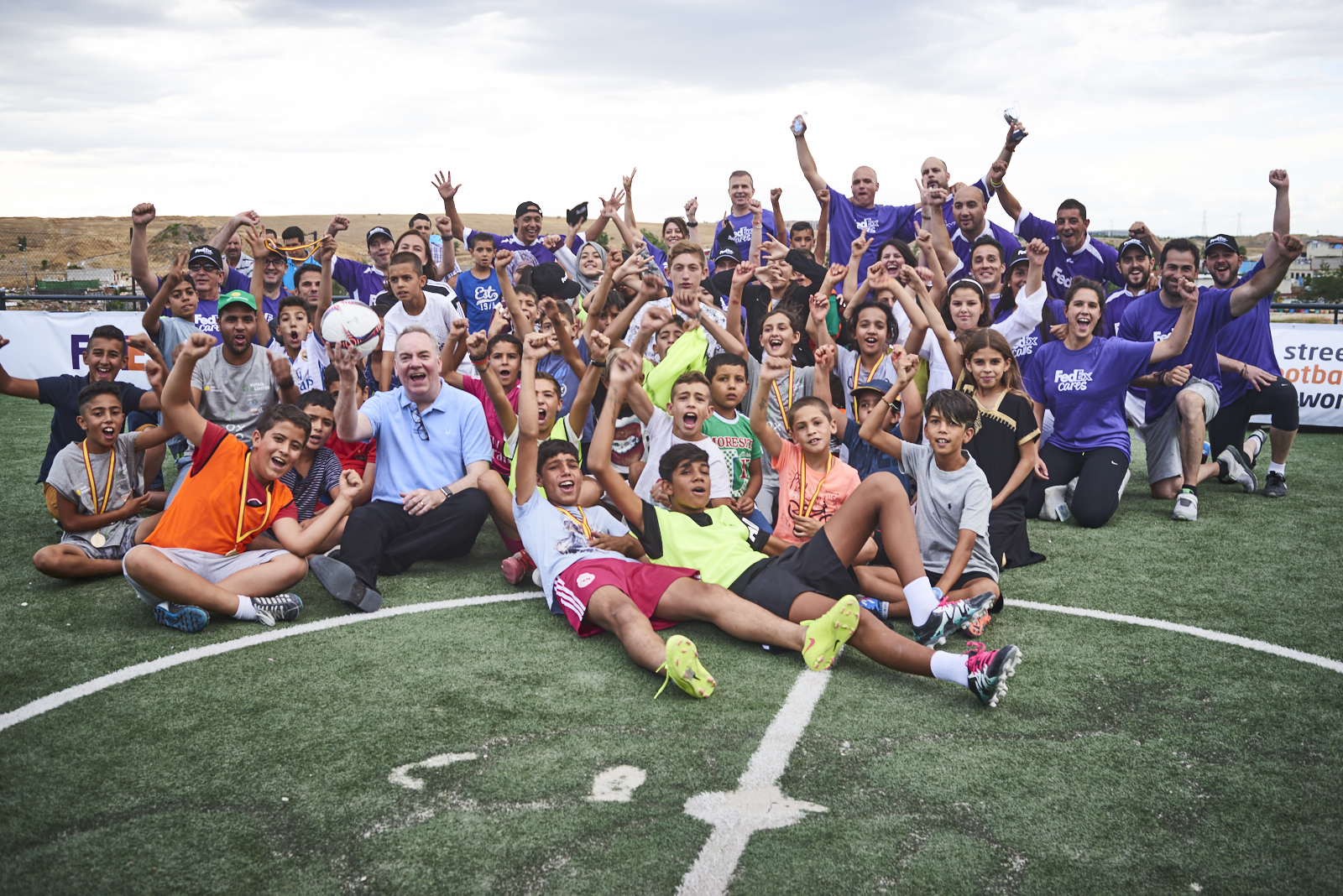 It has been a year since the UEFA Foundation for Children and FedEx, built the first ‘Field in a Box’ in the Cañada Real district of Madrid, one of Spain’s most economically disadvantaged areas. The pitch was donated to Red Deporte y Cooperación, a Madrid-based non-profit organisation.

Today, 400 children and young adults are involved in the project. 90% are boys and 10% girls aged 5 to 30 have benefitted directly from the pitch, and nearly 500 football matches have been organised there since the project began.

“The success of the pitch in Cañada Real is an excellent example of the impact football can have on a local community, and shows just how important it is to develop sustainable projects that continue to have an impact after their completion,” said Cyril Pellevat, head of administration at the UEFA Foundation for Children. 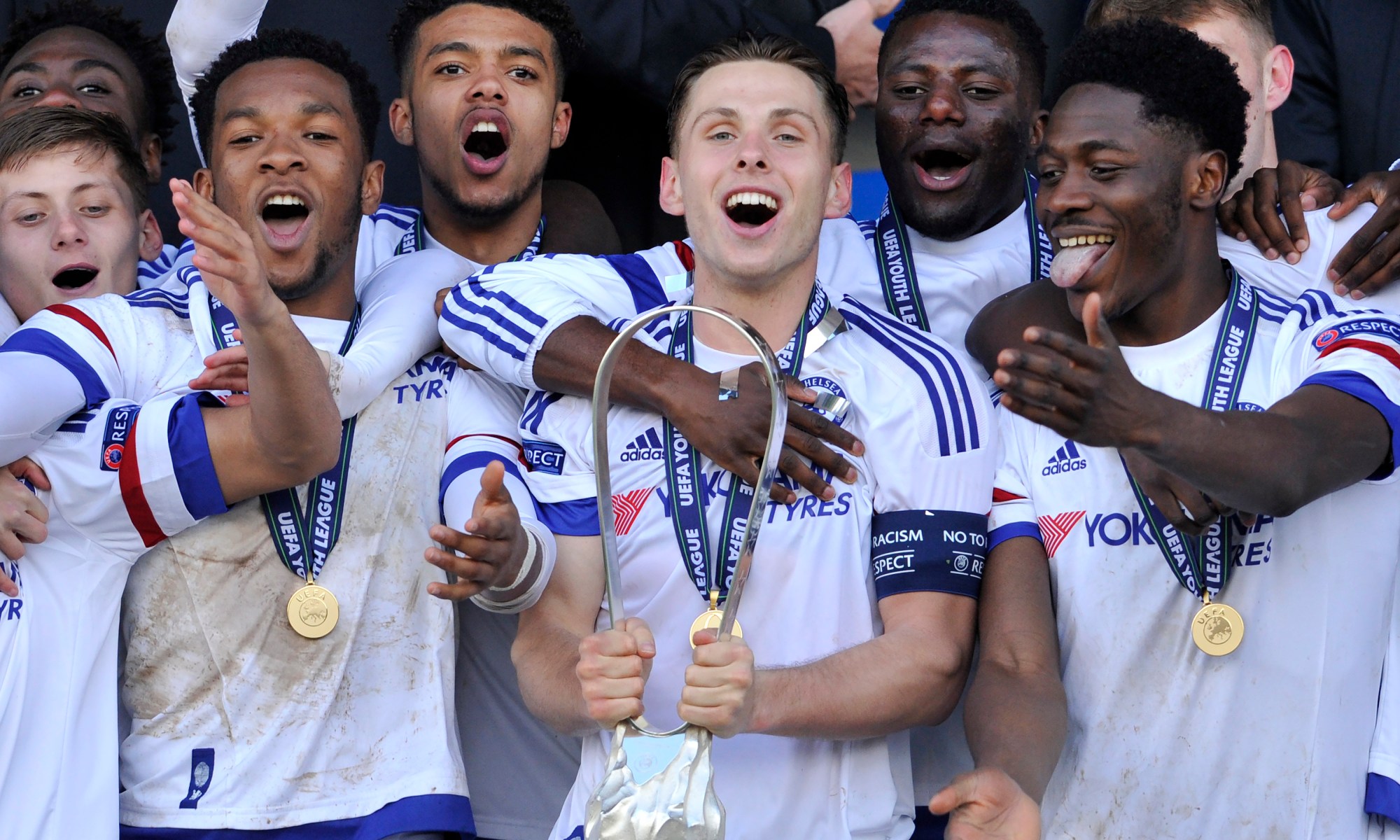 As part of the UEFA Youth League finals, the UEFA Foundation for Children worked with Camp Cinéma, a local organisation that gives young people the opportunity to discover the world of film production, to produce a short film showing the tournament as seen through the eyes of the young.

While Europe’s most talented young players were competing to lift the Lennart Johansson Trophy, the teenagers from Camp Cinéma had carte blanche to capture all the emotion and passion of the event. They started with the children participating in a parallel mini-tournament and then met and interviewed some of the two finalists’ players from Salzburg and Benfica.

Our young directors, who are all aged between 12 and 16, spent weeks preparing to produce this special innovative documentary about the UEFA Youth League – a football competition that marks an important point in a player’s transition from elite youth football to the professional game.
The concentrated nature of this two-day event was both a fantastic opportunity and a real challenge for our young film-makers, who were seeking to apply their knowledge of short fiction films to a documentary project while operating in a professional environment. They also had the opportunity to experience the world of professional sports journalism, conducting interviews with some of the young stars of the future.

The Camp Cinéma film crew received advice and support from the professional production team working at the tournament, as well as being given match footage from the official broadcast production for inclusion in their edit. They also had the chance to visit the OB van – the nerve centre of live broadcast operations.

We are proud to present the film produced by the children from Camp Cinéma, which shows the UEFA Youth League finals as seen through their eyes.

We would like to say a big ‘thank you’ to all our young directors and producers:
• Alicia Perrone
• Delia Simon
• Vivia Theraulaz
• Marius Müller
• Liam Macia Feferman 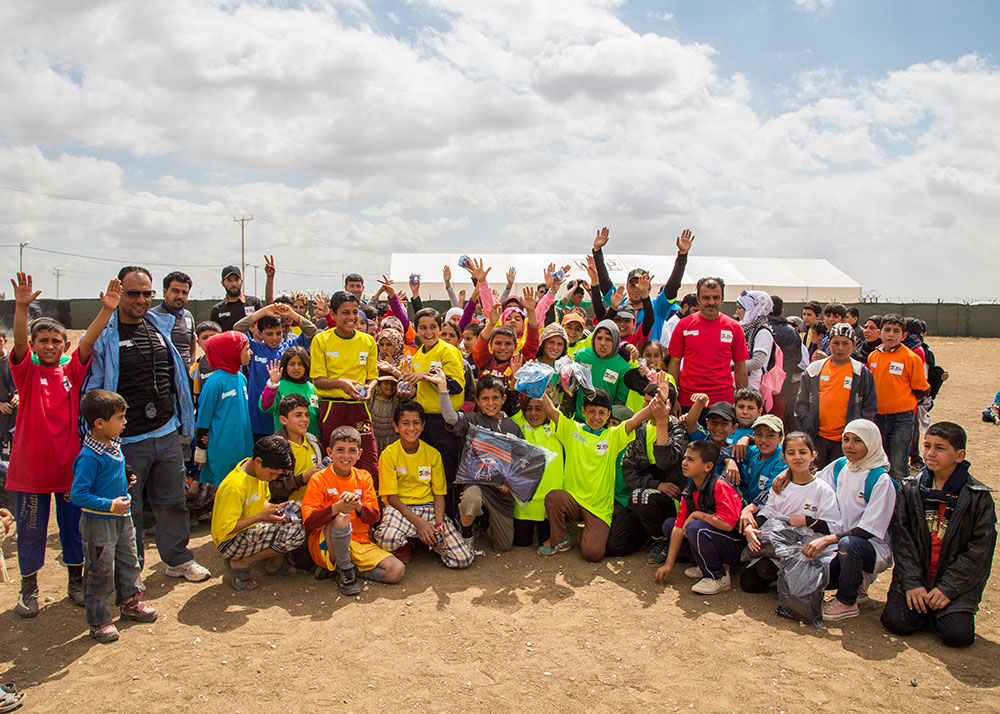 UEFA Foundation for children is presenting to the 41th ordinary UEFA Congress in Helsinki this video that report about the work that has been achieved since 2 years, and how football can give back to society and contribute to improve lives of kids in difficult situation.

In fact, a few years ago, on 26 March 2014, at the 38th Ordinary UEFA Congress in Astana, Michel Platini stressed UEFA’s desire to enable more people to benefit from football’s role in society. Thanks to the support of the UEFA Executive Committee and the approval of UEFA’s member associations at that Congress that day, UEFA created an independent foundation that uses sport to support humanitarian projects linked to children’s rights in areas such as health, education and integration. UEFA Foundation for children was formally established and began operating the 24th of April 2015. 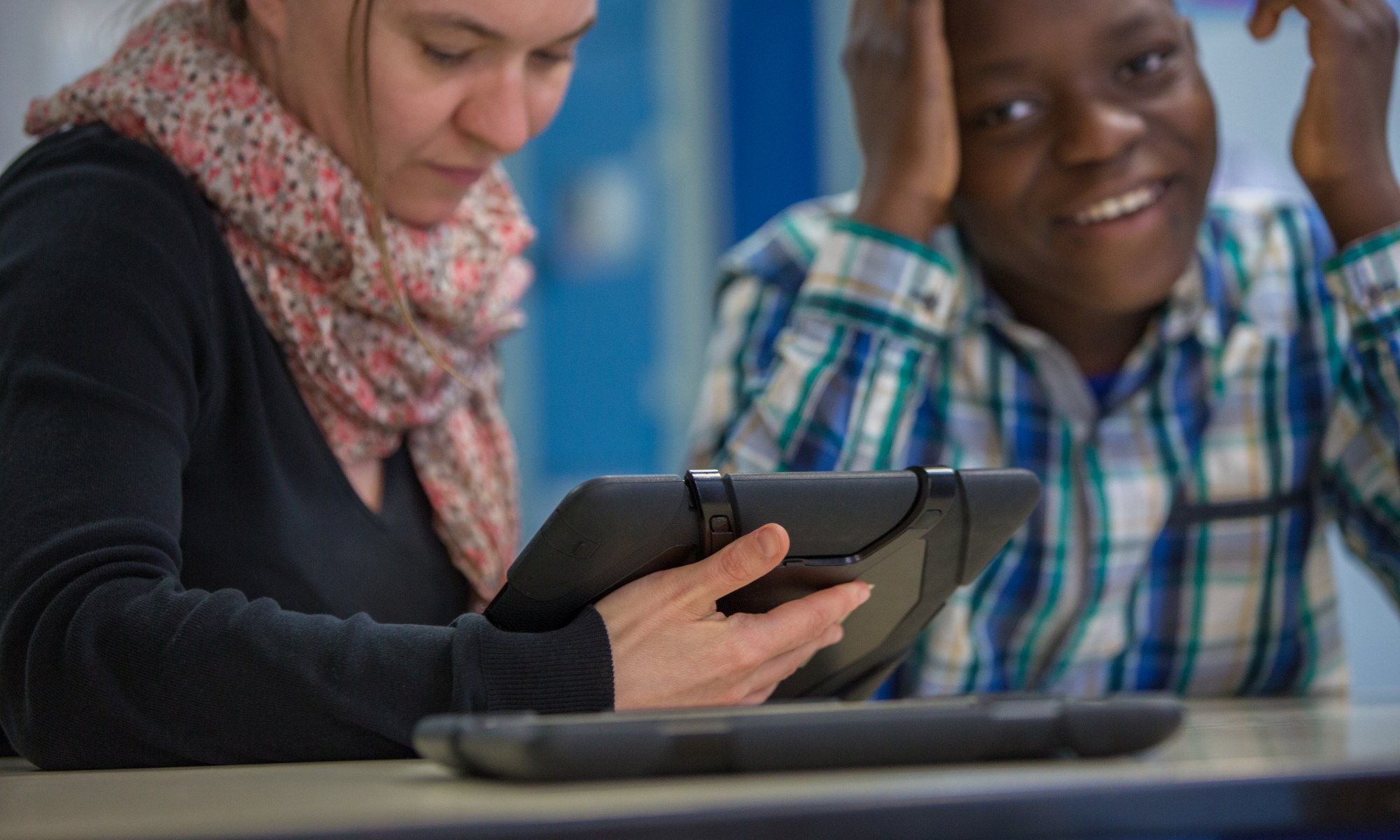 A presentation of the app “çATED for your teeth”, a tool that gives autonomy to children with Autism Spectrum Disorders (ASD), especially regarding oral care; A crucial issue for families and professionals. 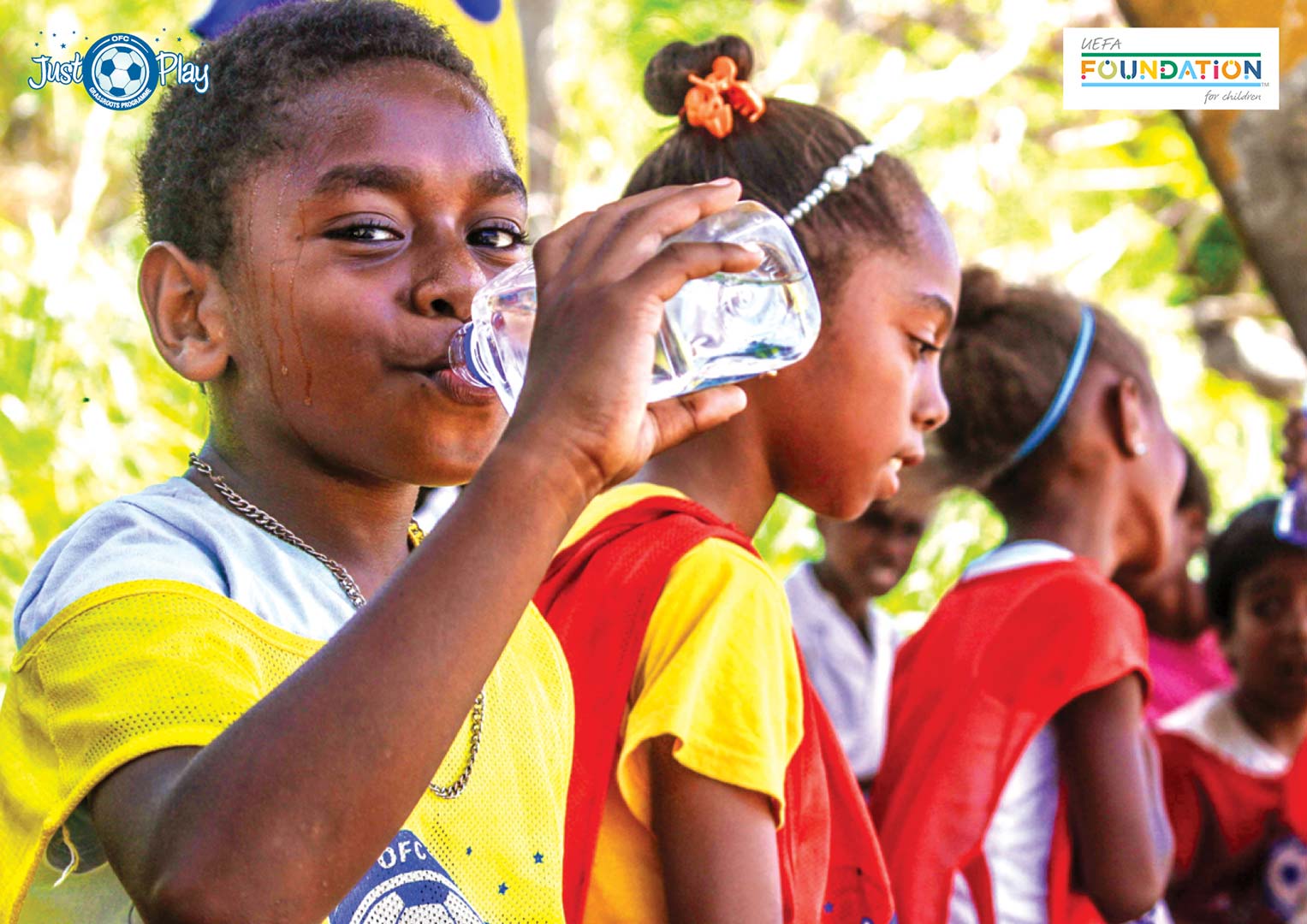 Presentation of Just Play Programme in the Pacific Islands. Just Play helps children in the Pacific to grow, learn and explore through football. With a ball, a coach and a safe place to play, the programme shows children aged 6 to 12 how to have fun with other children, be physically active and gain confidence in their abilities.
The exhibition was produced by UEFA Foundation for Children in partnership with the Oceania Football Confederation. 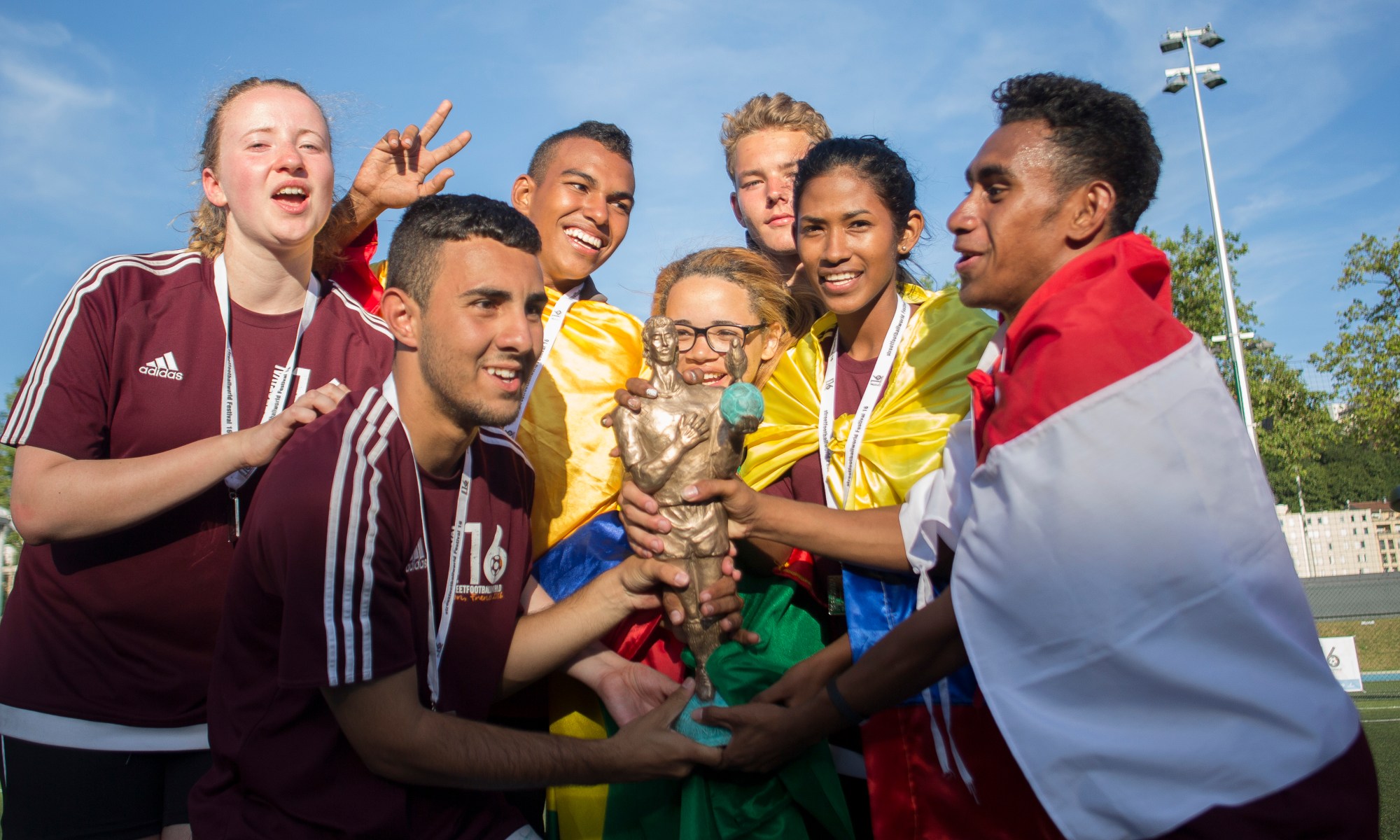 The UEFA Foundation for Children supported the solidarity tournament being organised by Sport dans la Ville as part of the streetfootballworld Festival 2016. The festival took place in the heart of Lyon from 28 June to 7 July 2016 and gathered 500 girls and boys from disadvantaged communities all over the world who have been chosen for their desire to help change the world through football. Educational and cultural workshops also feature prominently, enabling the young participants to develop new skill sets and apply them in their local communities. 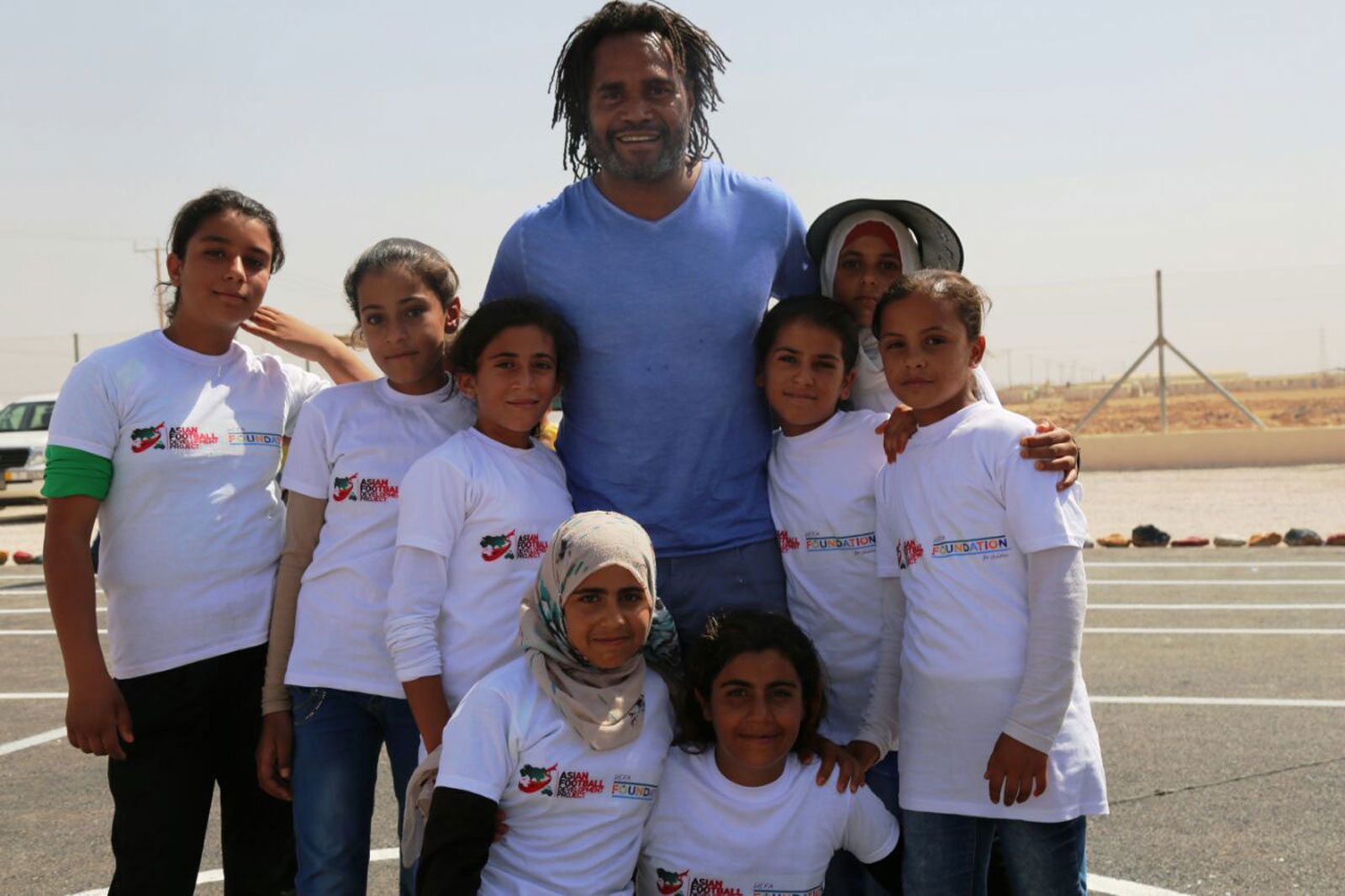 The House of Sports, constructed inside the camp, will provide a single umbrella facility for all sports activities in Za’atari refugee camp. The venue was officially opened in the presence of representatives of the Asian Football Development Project (AFDP), the United Nations High Commissioner for Refugees (UNHCR), the UEFA Foundation for Children, and French former international footballer Christian Karembeu. 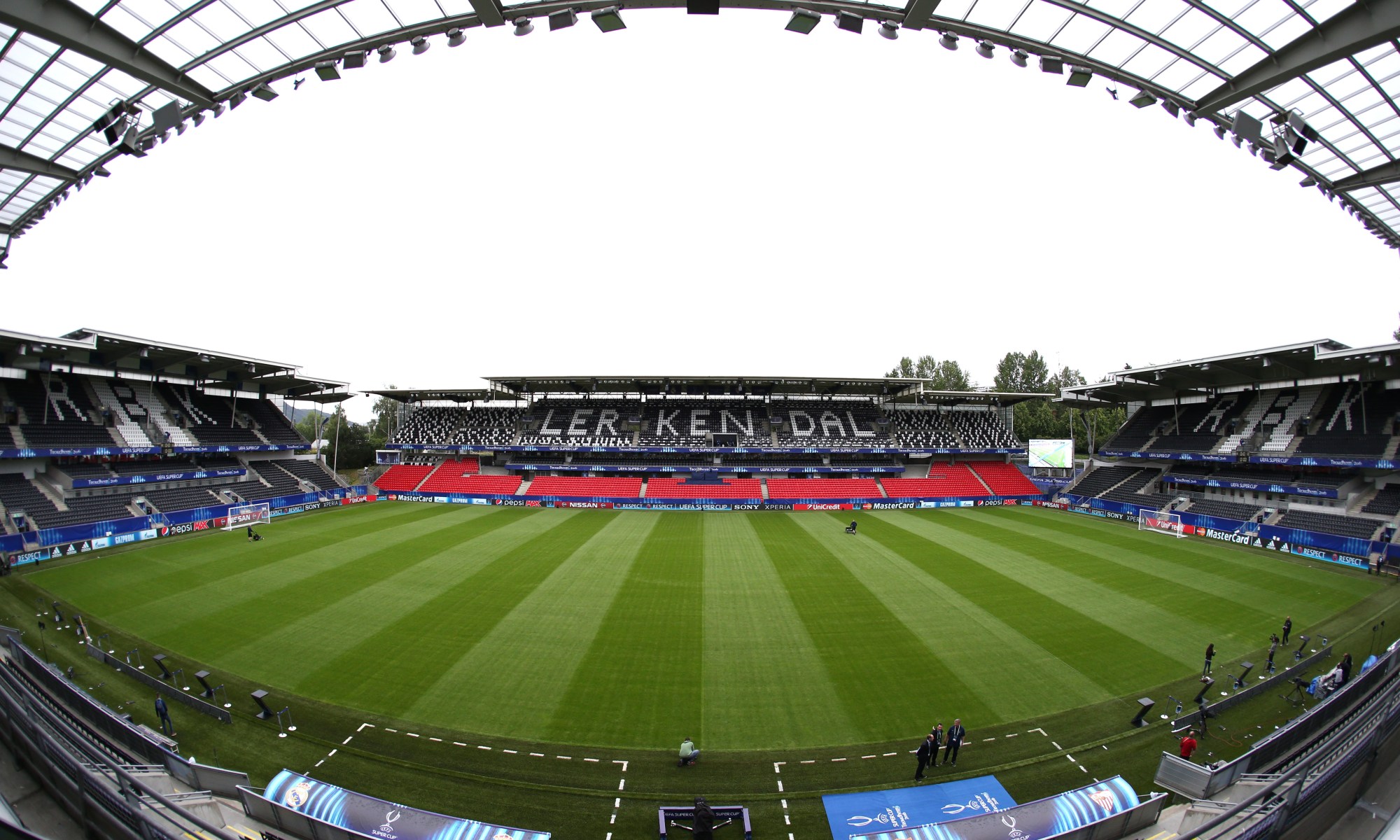 During the pre-match ceremony, the two team captains will be escorted onto the pitch by two disabled child refugees who have found sanctuary in Norway – one from Afghanistan and the other from Syria. A strong message of peace and solidarity to civilian victims of bombing around the world.